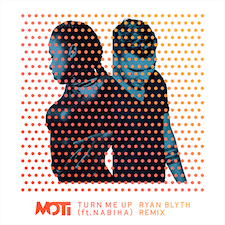 Following on from the success of the single alongside the official video release – Ryan Blyth’s rework is the next remix to be revealed for MOTi’s ‘Turn Me Up’ ft Nabiha.

Taking the backbones of the original record, Ryan Blyth steers towards a more club facing release that echoes his signature bounce. Kick-starting with a prominent bassline and intertwining percussive claps, along with scattered electronic elements and a strong saxophone melody – Ryan Blyth delivers a remix that’s full of flair and designed to make people move in and out of the club.

With the original release already making a huge impact across different territories worldwide, the Ryan Blyth remix is set to transform the record further.

For more information on Ryan Blyth, please see below: