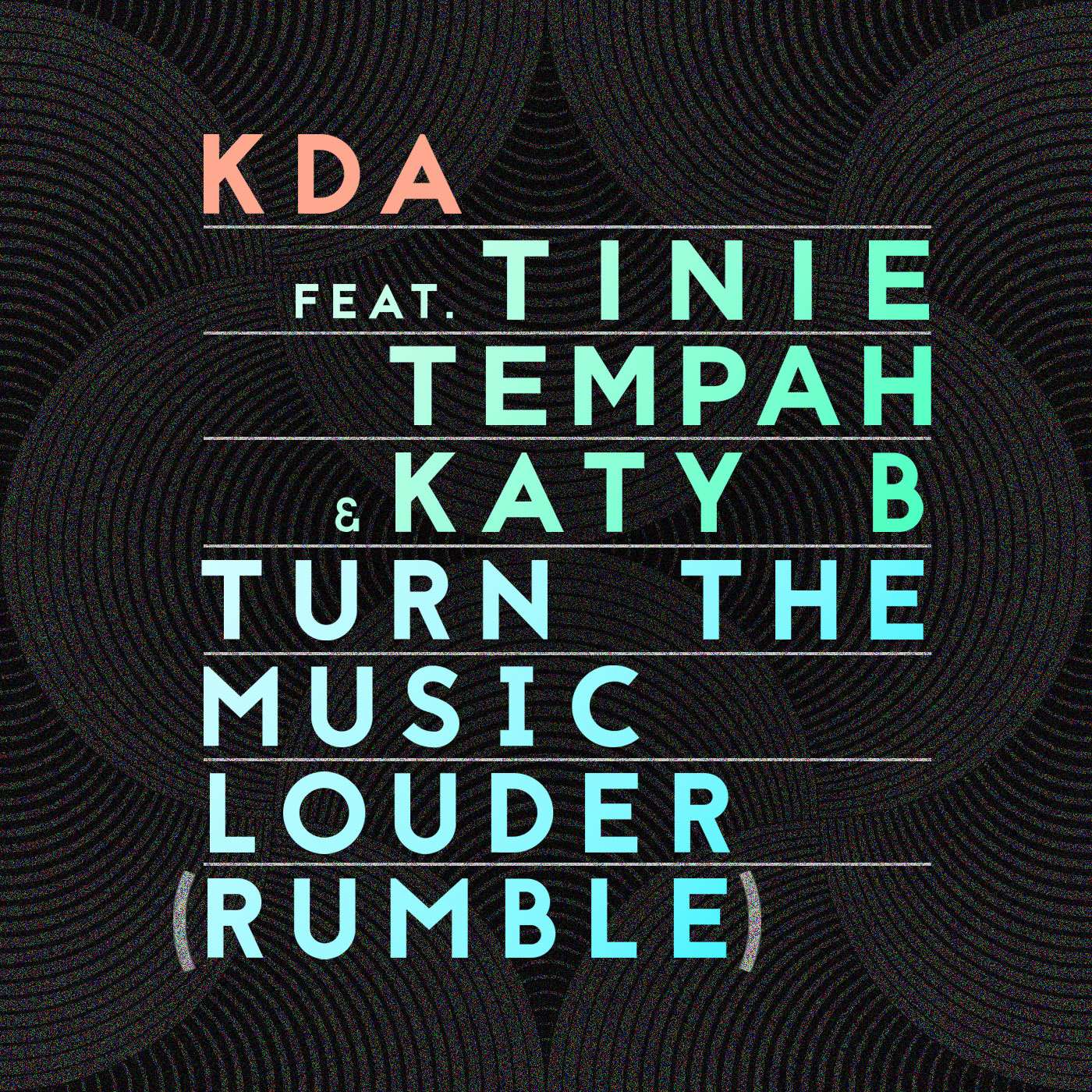 KDA feat. Tinie Tempah & Katy B ‘Turn The Music Louder (Rumble)’ is set to be THE big autumn dance smash. Freshly spun by Annie Mac on Radio 1 as her ‘Hottest Record’ (2/9/15), the single was selected by MistaJam as his Inbox Fresh on 1Xtra, played on Capital by Marvin and Max, and is now playlisted at Radio 1, Capital, Kiss, and beyond.

Originally an instrumental (‘Rumble’) from elusive UK producer, KDA, and re-edited by Shadowchild, the track got early support from Radio 1’s Annie Mac, Danny Howard, Pete Tong, Target, Monki, Toddla T (who liked it so much he made a remix for this year’s Notting Hill Carnival), Annie Nightingale, Nick Grimshaw, and Clara Amfo. Further support has come from Capital, 1Xtra, Kiss, Capital Xtra, and beyond. The track has hit No.1 on both of the world’s leading tastemaker charts (Buzz and Cool Cuts), and is already climbing rapidly up Shazam’s main and dance charts.

Following her 2014 album ‘Little Red’, Katy B joins Tinie Tempah and KDA with a flawless vocal performance. This is the second featured vocal from Tinie Tempah on a Ministry of Sound release, following his and DVBBS & Borgeous’s No.1 hit, ‘Tsunami (Jump)’ in 2013, and follows his recent No.1 single with Jess Glynne.

KDA’s identity remains something of a mystery. Influenced by a diverse range of artists including Masters of Work, J Dilla, HNNY, Jill Scott, Tame Impala, Roisin Murphy, and Maya Jane Coles, the London-based DJ, producer and multi-instrumentalist currently has a show on Rinse, and has dropped remixes for Chvrches, London Grammar, and Katy B.