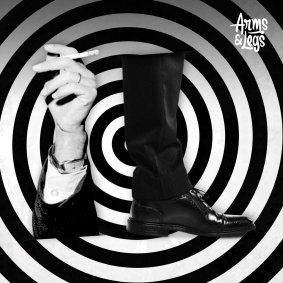 Club trends come and go, but Daniel Steinberg has been a constant creative force within the electronic music world for over a decade now. His DJing has been heralded by many having built a reputation as an artist who never fails to deliver serious fun on the dancefloor. Garnering interest from both the commercial and underground scenes alike, Steinberg was recently named by Mark Ronson & Diplo as one of the inspirations for their Silk City project on BBC Radio 1, whilst his music’s been remixed by the likes of Roman Flügel, Nick Holder, Crazy P, Derrick Carter and Paul Johnson.  His next release on Arms & Legs follows on from his recent remixes of electronic music heavyweights Claptone and Felix Da Housecat.

‘Twilight’ is a tastefully euphoric track fused with delicate pads, infectious vocals and soulful elements throughout before ‘E-Tron’ delivers a big-room banger that stands amongst his most playable of tunes through fluid low end, crunchy synths and tight-knit percussion. ‘Lesson Learned’ then rounds things off with a fine slab of classy house featuring a slick bassline and beautifully layered melodies.