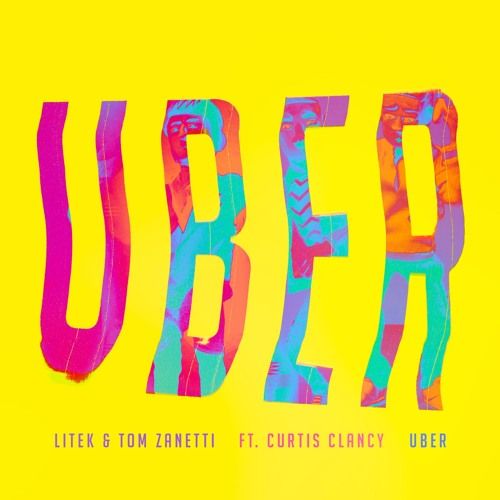 Two of the UK’s hottest house talents, LiTek and Tom Zanetti, team up on the massive ‘UBER’ – a banger that is certain to tear up dance-floors as well as the charts in the months ahead.

Featuring Tom Zanetti and Curtis Clacey on vocals, the catchy lyrics, tribal drumming and bouncy beats are instantly addictive and serve an indicator to ‘UBER’ taking over 2017.

UK-based producer LiTek is fast emerging as one of the leading lights of the global bass/house scene. His unique and energetic sound has seen him find support on BBC Radio 1, 1Xtra, Kiss and Capital championed by the likes of Danny Howard, Tough Love and DJ Target.

LiTek’s previous releases on Get Twisted Records, Pots & Pans and Drop That, gained support from industry heavyweights including Oliver Heldens, MK, Justin Martin, Low Steppa and many more. His sound hasn’t gone unnoticed with stand out remixes for Tough Love, Sam Sure and Rachel K Collier.

Tom Zanetti has produced a string of massive deep house and bass anthems including ‘Darlin’’, ‘TNT’ with K.O Kane and ‘You Want Me’, which peaked at No.22 in the UK Singles Chart and has amassed nearly 10 million views for the video on YouTube alone.

No stranger playing to large crowds around the world, Tom has graced Creamfields, Ibiza Rocks, AMP Lost & Found, and V Festival to name a few. He also runs the Sleepin’ Is Cheatin’ (SIC) brand with K.O Kane that features clubs nights, festivals, a record label, clothing & merchandise, a DJ agency and even a reality TV show.