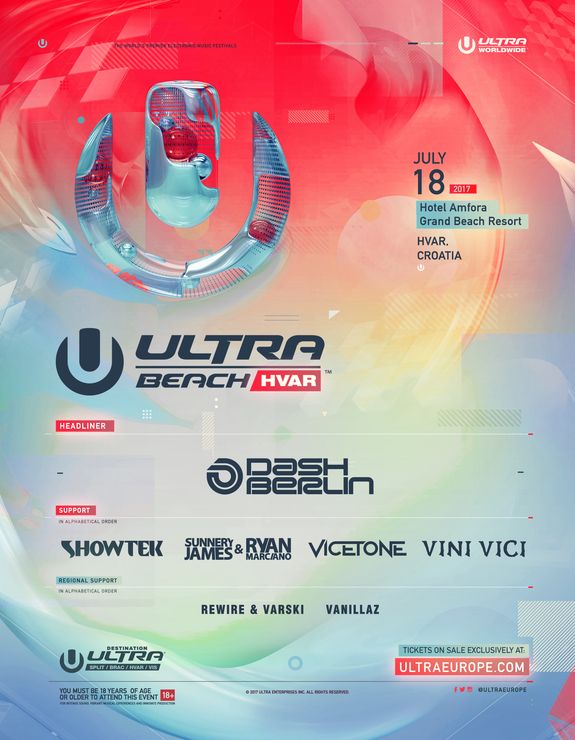 ULTRA Beach Hvar, 'the greatest pool party on earth' (The Sun – 2017), has announced the lineup for this summer's edition, with superstar Dash Berlin taking up headline duties for the very first time.

The Dutch progressive house and trance legend will be making his ULTRA Beach debut, and will perform at no other event during the Destination ULTRA week. Showtek, Sunnery James & Ryan Marciano, Vini Vici, and Vicetone will provide the support alongside local acts Rewire & Varski and Vanillaz.

Taking place on July 18, the event will return to the Hotel Amfora Grand Beach Resort on the shores of the idyllic Croatian island of Hvar. An expected 5,000 revellers will attend, intent on soaking up the sunshine whilst submerged in crystal blue pool waters at one of the go-to events of the international festival calendar.

Tickets for ULTRA Beach Hvar are available for €99 exclusively at www.ultraeurope.com/tickets/ultra-beach.