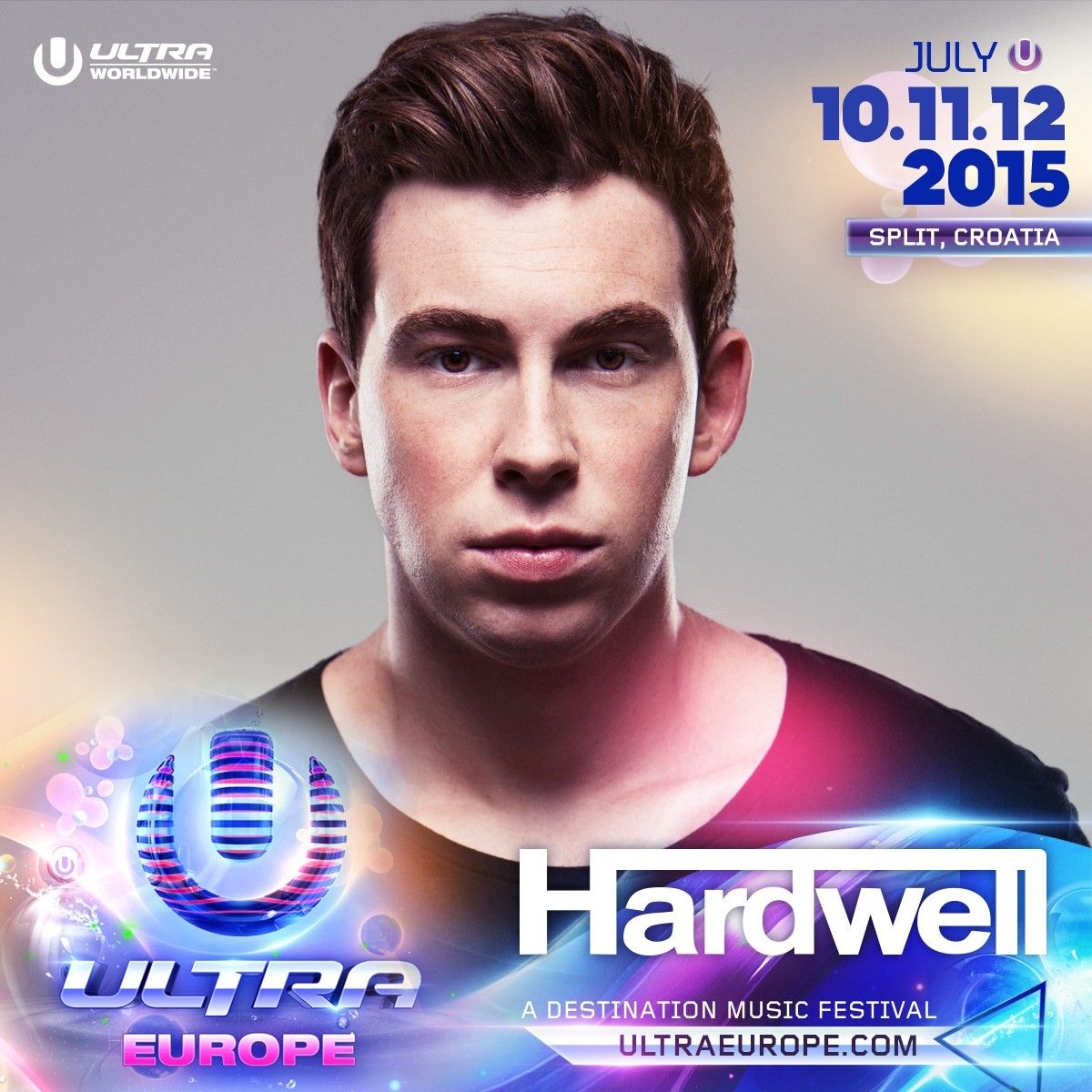 As Ultra Europe gears up for its eagerly anticipated third annual edition in July 2015, the largest electronic music festival ever to take place on Croatian soil just got a whole lot bigger!

Having recently smashed past the 500,000 ‘likes’ landmark on Facebook, Ultra Europe has now decided to give something extra-special back to its loyal legion of fans, with the announcement that the world’s #1 DJ, Hardwell, will be returning to the Poljud Stadium in 2015, for a third consecutive year!

Back by hugely popular demand, and one of only a few select artists to be confirmed for Ultra Europe three years on the trot, Hardwell joins a list of world-class headliners already revealed in Phase One back in February, including Afrojack, Alesso, Armin van Buuren, Axwell /\ Ingrosso, Carl Cox, The Chemical Brothers (Live), David Guetta, Knife Party, Martin Garrix, Nicky Romero, Steve Angello, Tiësto and Zedd.

Having welcomed over 150,000 attendees from over 125 countries in July 2014, the 2015 edition of Ultra Europe is set to break even more records as it expands into a historic event spanning a mammoth seven days. In addition to the three days of festivities held inside the Poljud Stadium and the one day Ultra Beach party on the island of Hvar, Ultra Europe will also be hosting three extra parties across the period, including an Opening Party in Split on July 9, a one-off Regatta on July 13 and the official Closing Party on the island of Vis on July 15.

More additions to the lineup and details for all Ultra Europe events will be announced in the coming months.

For tickets and further information on Ultra Europe go to www.ultraeurope.com

THE LINEUPS SO FAR: