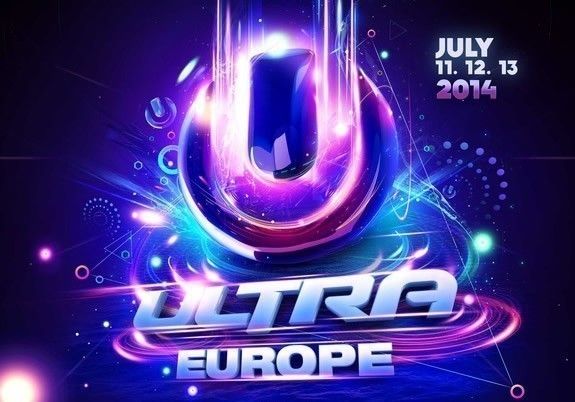 It’s full steam ahead now to Croatia’s beautiful Dalmatian coast as ULTRA EUROPE unveils the sublime second wave of acts that will be descending upon Split’s Poljud Stadium over 11th – 13th July for a weekend of sheer electronic music delight. The biggest and best names from the electro world sit aside some of the underground scene’s most talented mixmasters, while trance superstars take their place amongst electrifying live acts – Ultra Europe 2014 has something for all music lovers and looks set to top its record-breaking first year.

Returning to Split for their second taste of the Ultra Europe experience will be Knife Party, Sunnery James & Ryan Marciano, Danny Avila and Marco Carola, while Dim Mak top dog Steve Aoki takes to the main stage for the first time having headlined last year’s final day on the wonderful island of Hvar. After insane sets from all at 2013’s inaugural event, you can guarantee they’ll be setting the standard from the word go and showing all first-timers what Ultra Europe is about.

In addition a number of debutants appear on 2014’s breathtaking billing, with the likes of The Chainsmokers, Showtek and Alesso looking to continue the amazing success they’ve each had individually over the last couple of years and deliver the colossal shows they’ve become famed for. At the deeper end of the spectrum, the icon that is Paul Kalkbrenner will be making his first ever Ultra Europe performance after producing an absolute master class at Ultra Music Festival in Miami just weeks ago. Super-producers and global sensations Disclosure will also make their Ultra Europe debut, a little over a year since the London-based brothers came to prominence on the worldwide stage, not least through two amazing shows last year at Ultra Music Festival XV.

An injection of pure euphoria also awaits the lucky revelers making their way to Croatia this July, as some of the finest trance DJs to be found on the planet will be coming together to fill the airwaves with sumptuous synths and non-stop energy. Check out the likes of Above & Beyond, Paul van Dyk, Aly & Fila and more as they unleash orchestras of synths, strings and pounding beats on Split.

What’s more, the live music element that has been such an unbelievable triumph over recent years at the Florida flagship festival will now be present in a major way at Ultra Europe. One of the UK’s hottest properties right now in the form of Example joins one of America’s brightest talents, Pretty Lights, on the line-up; each one set to bring their boundless ability and phenomenal stage shows to create some true magic in Croatia.

Acts for Ultra Europe’s exclusive 5000-capacity event at the mesmerizing Hotel Amfora Grand Beach Resort on Hvar have still to be announced, but this hasn’t stopped excited festivalgoers snapping up tickets in rapid fashion. All Advance General Admission Tickets for this ultimate pool party have now SOLD OUT, but Accommodation Packages including event tickets are available from www.travel2ultra.com.