Closing out what has been a truly landmark year for legendary American singer, songwriter, DJ, producer and promoter Ultra Naté, the iconic artist drops SURVIVOR, her scorching collaboration with GRAMMY-winner Tracy Young. Lifted from Ultra’s #1 self-titled full length ULTRA, the lyrically empowering, piano-driven, soulful house stormer harkens back to Ultra’s house music roots and the classic days of Larry Levan or Frankie Knuckles. In its newly Extended and old-school Club Edit versions, the reverent, bass-driven tone of SURVIVOR feels both familiar, fresh and hopeful. This one is for the heads.

“The framework of what the ULTRA album would be, had really come together by the time I wrote SURVIVOR with long time sister-friend, Tracy Young,” Ultra said. “As with all the songs on the album, I was alone and just grinding, Tracy and I linked up and she sent the backing track of what would become SURVIVOR. I loved it from the first chord. It felt big, emotional, and bittersweet, but triumphant – my specialty!

Writing SURVIVOR was an intensely personal and cathartic process for Ultra, one born of a dark period, as she explains: “I believe it was actually the very last song I wrote for the ULTRA album, in a really difficult moment on New Year’s Eve going into 2021. The full weight of 2020 sat squarely in my lap that day. It had been so deep, and NYE was no different. In that moment, I felt so dejected – relationship drama had brought that last straw to the table. It was a really hard night but I had this amazing music and this song was coming to me like water, just flowing.

“I was torn between being creatively on an extreme high, observing it manifest itself through me while at the same time living the emotional wreckage that was breathing life into it. SURVIVOR was healing my wounds as I was writing and singing through these lyrics and laying ideas down – while at the same time continually ripping the bandages off. Further and further, the process was empowering me, with every stage of the song’s development.

Laced with sumptuous piano chords and tied together by a warm, insistent, chugging bass, SURVIVOR is Ultra at her finest, her honeyed vocal flooding through the production. Swirling string sections bubble up from the bridge, rising to meet Ultra’s inspired song writing, the entire piece infused with luxurious and soulful Miami House heat courtesy of Young.

“Ultra Naté is a connoisseur of the dance music genre in its entirety,” Young said. “I became familiar with Ultra and her music when I lived in the Washington, DC area.  Her music was always incorporated in every set I played, whether on the radio or in a club. It just worked!  Naturally, when I became a producer and started making music I knew that we’d come up with something legendary.  The song SURVIVOR is a life story of what we all experience through certain relationships, emotions, disappointments, achievements and the evolution of that process.” 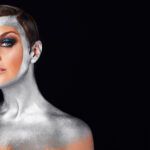