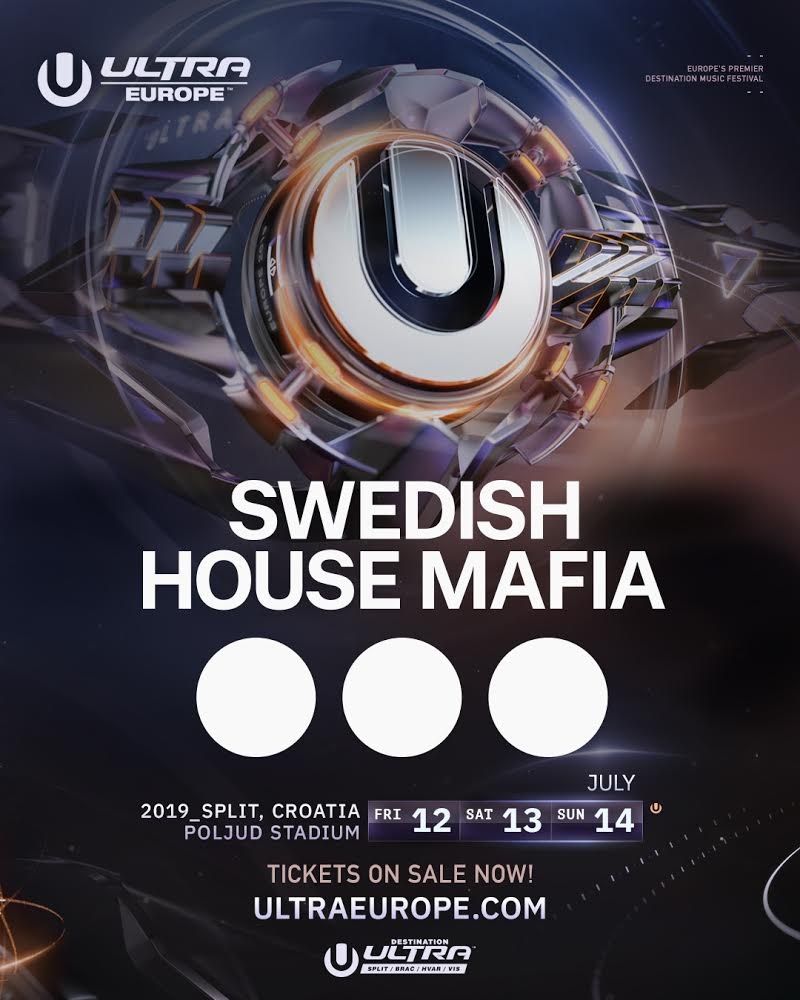 A year on from their groundbreaking, surprise reunion performance at Miami’s flagship festival, Swedish House Mafia will reunite in Korea and Croatia for what promises to be a monumental moment for both editions. Recognised around the world for delivering world class lineups for their fans, ULTRA Korea and ULTRA Europe have raised the bar once again, securing performances from one the most coveted electronic dance acts of all time.

ULTRA Europe is without doubt one of the summer’s most anticipated events, with over 150,000 attendees from 142 countries flocking to the Croatian shores in 2018. Taking place 12-14 July in Split, the 7th edition of Europe’s pioneering festival will boast phenomenal production, unrivalled lineups and unparalleled locations across the Dalmatian coast and island as part of DESTINATION Ultra. With Swedish House Mafia’s debut locked in for this year’s event, ULTRA Europe 2019 will be the festival’s biggest show to date.

ULTRA Korea has positioned itself as the most prominent music festival in Asia, drawing over 120,000 attendees from over 60 countries last year at its 7th Anniversary. Having rocked ULTRA Korea 2018 individually, Axwell /\ Ingrosso and Steve Angello will take to the decks together as Swedish House Mafia in what will be the most hyped and exciting performances in the festival’s history. Taking place from 7-9 June 2019, ULTRA Korea is not one to be missed.