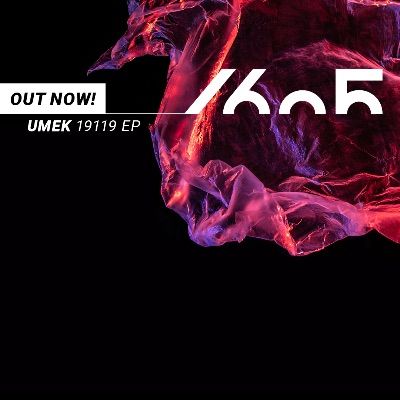 Credited for kickstarting the electronic music scene in Slovenia, Umek welcomes back his 1605 label with the first release in two years, ‘19119’. Ou today, the EP sees Umek explore a heavier side of techno with a weighty three-track release.

Starting with the title track, ‘19119’ is a light introduction to the EP filled with flashy echoing synths whilst‘Tonal Shift’ turns up the notch as the rolling kickdrums and thumping melody keeps the tension high. Rounding off the release with an atmospheric cut, ‘The Trope’, Umek’s latest contribution is a full techno workout.

Umek first made his way into the scene by throwing a string of illegal raves in Slovenia which lead to the country being put on the electronic music map. Becoming one of the most in-demand artists in the country, Umek’s sets range from the dark, intimate dancefloors of Contact Tokyo, Exchange LA, Razzmatazz Barcelona to performing to thousands of revellers at world-renowned festivals such as Primavera Sound, Ultra, The BPM Festival, EDC and Tomorrowland.

Since launching 1605 in 2007, the imprint has gone on to release over 200 records by more than 250 artists. Supporting both established and emerging artists, the label makes its welcomed comeback this year with exciting plans in the works including several releases from the head honcho himself.