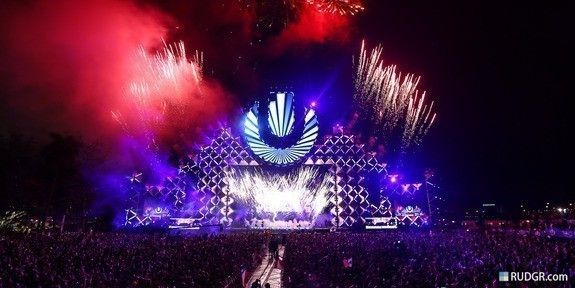 ULTRA MUSIC FESTIVAL has today announced that its longstanding UMF RADIO show will be broadcasting live and direct from Miami Music Week across the one and only SIRIUSXM!

Kicking off on Friday, March 21 at 12:00 pm ET and going right through to Monday, March 31, 2014, UMF Radio on SiriusXM will be broadcasting live from the sixteenth annual edition of Ultra Music Festival, as well as other notable events across Miami Music Week.

Featuring live performances and interviews with the world’s most popular DJs, producers and international dance music artists, the limited-run, 24/7, commercial-free channel will be aired LIVE from Ultra Music Festival, Miami, as the World’s Premier Electronic Music Event gears up to open its doors to over 165,000 loyal Ultranauts in just over 1 weeks time.

UMF Radio will air on SiriusXM’s ‘Electric Area’, via satellite on channel 52, and through the SiriusXM Internet Radio App on smartphones and other connected devices, as well as online at siriusxm.com. For rebroadcast times, please visit www.siriusxm.com/electricarea.

To add to this, Ultra Music Festival will also be welcoming world-renowned New York-based graffiti artist ALEC MONOPOLY as its esteemed artistic collaborator for Ultra XVI this month.

Having worked with the likes of Avicii, Afrojack and Nervo on a number of visually artistic collaborations spanning 2013, Alec is certainly no stranger to the world of electronic music, as he prepares to bring his live street-art inspired renditions to Bayfront Park Downtown Miami from March 28-30. Critically acclaimed by the likes of Billboard, Wall Street Journal, Rolling Stone, Huffington Post and Complex Magazine amongst many others, Alec Monopoly completes the final line up for this year’s Ultra Music Festival, alongside the latest DJ additions including The Chainsmokers, Sick Individuals, Sydney Blu, White Noize, DKS, Stefano Noferini, Phunk Investigation and Plastik Funk among others. For this year’s complete line up head to www.ultramusicfestival.com/lineup

Whilst VIP tickets have now completely sold out, extremely limited GA tickets remain for Ultra XVI from $399.95. Each ticketholder will not only get all the same incredible performances, world-class production and electric atmosphere that Ultra delivers each year, but also ‘A New Level’ and ‘A New Experience’ that will make 2014’s festival the most impressive and enjoyable experience to date. With over 90% already gone, and with the last date for shipping being this Thursday, March 20, you’ll have to act fast to avoid disappointment.

Head to www.ultramusicfestival.com for your final chance to purchase tickets now.