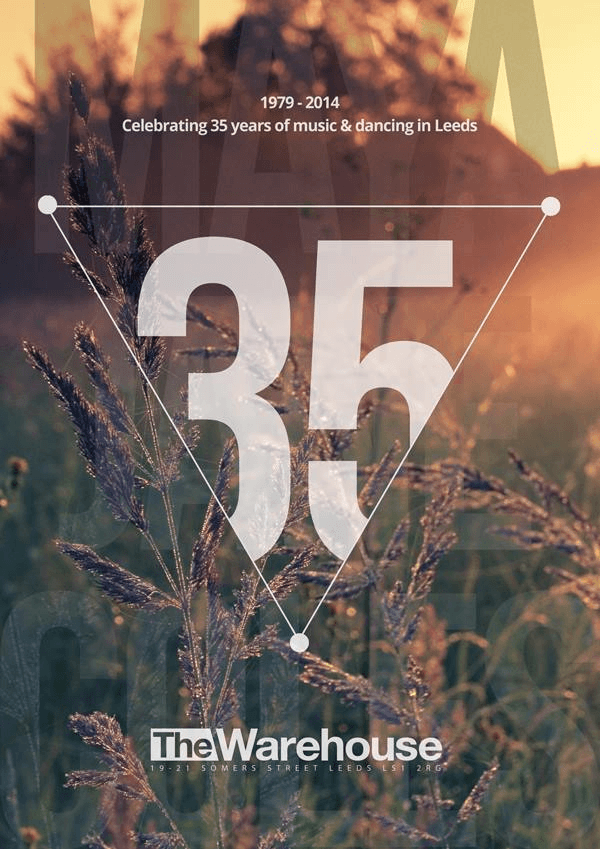 Over the years the club has played host to anyone who is anyone from the world’s of house, techno, bass, prog, d&b and dubstep. Legendary names pass through every week right from the first days with the likes of Sasha, Soft Cell and Grandmaster Flash up to the current day where seminal parties like Back To Basics visit each month.

The club, which now has a third room in the form of The Garage, and is famed for its killer sound system, turns 35 in style with a tasty line-up of house talent in the form of Maya Jane Coles, Kim Ann Foxmann, local lass Laura Jones and Bella Sarris.

Having graced the cover of Mixmag twice already, Maya Jane Coles is the true Queen of house music. Her deep vocal house is catchy as hell and has been caned by DJs all over the world. The woman herself is a fine spinner, too, who has played all over the world. She runs her own label, has released a killer debut album off her own back and couldn’t be more popular than she is now.

For the past few years Kim Ann Foxman has been brewing a club cult following across the globe; crisscrossing everywhere from Japan to Cologne and Chicago she’s established herself as one of the most sought after DJs and artists on the house scene. Splitting her time between her home base in New York City’s East Village and her globetrotting schedule she’s released originals on labels like Futureboogie as well as a raft of great remixes. She brings her loyal dance followers to the floor with her infectious, soulful DJ sets that intoxicate dance floors everywhere. After collaborating with Hercules and Love Affair for two albums, she decided to part ways to choose her own musical adventure.

Joining them will be DC: 10 regular, Leftroom and Visionquest producer and one of the stars of 2012, Laura Jones, with her heartfelt, emotive and melodic house sound. She really took the world by storm in recent years and will be more than welcome at The Warehouse given that she is a Leeds lass. Dame Music boss Bloody Mary from France completes this all female line-up and makes for a mouth watering prospect come 35th birthday night.