Senseless Live - Under My Wing EP 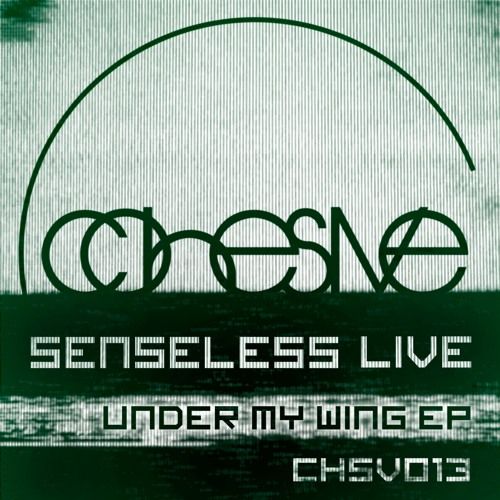 Senseless Live - Under My Wing EP

Senseless Live, the industrious Canadian duo that have been cooking some of the scene’s most mysterious Deep House records in the studio and are back with the release of their highly anticipated project ‘Under My Wing EP’.

John Glassey and Kim Sykes, the talents behind Senseless Live have had an impressive 2015 thanks to the release of remarkable material such as their eight-track wonder ‘Intentions’ and banging productions like: ‘Ricochet EP’, ‘Speak’ and ‘Open Nature / Raw Hyde’. Their unique style of Techno infused Deep House records have been grabbing the attention of the scene’s heavyweight DJs, securing their position as one of Canada’s fastest rising act.

The latest project from Senseless Live is the highly anticipated ‘Under My Wing EP’. The lead track from the EP ‘Under My Wing’ has already been released as part of a Cohesive Records compilation on the 15th of February and now it is getting it’s full release alongside ‘Sunrise Pilgrim’ – an EP that is sure to deliver in the clubs. Filled with lush pads, dark drums and deep bass-lines, ‘Under My Wing EP’ truly showcases the group’s unique production style and artistic direction.

Senseless live have teamed up with Cohesive Records for the release of ‘Under My Wing EP’. After the success of ‘Under My Wing’ on the label’s first compilation of 2016, Cohesive Records were keen to release the EP – set to become one of the imprint’s biggest offerings of 2016. Senseless Live joined Cohesive Records’ star-studded roster amongst names such as: Balcazar & Sordo, WD2N, Solaire and Rolbac and with many more exceptional productions on the way, 2016 is already shaping up to be the year of Senseless Live, which has now turned into a trio with the addition of Ron Dazo on guitars.