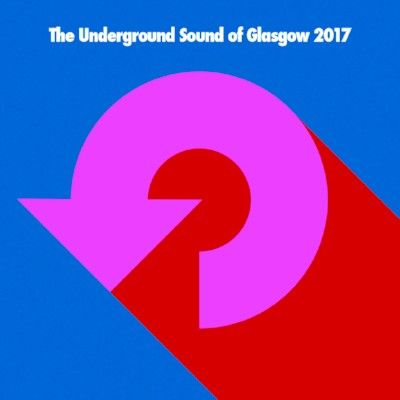 Glasgow Underground have unveiled a new compilation to celebrate its twenty years at the cutting edge of the Scottish music scene. Curated by label owner Kevin McKay, ‘Underground Sound of Glasgow’ is filled with exclusive cuts from label affiliates and the finest Glaswegian newcomers.

Compiled of 15 tracks, the impressive collection of work features tracks from Hammer, JD Twitch, Jasper James, Ceol, Auntie Flo and Kevin McKay himself. Encapsulating the sound of a city across the broad and diverse musical selection, the album takes in influence from the nugroove, italo house and balearic beats that Kevin fell in love with from his experiences at Sub Club. From Auntie Flo’s downtempo tribal sound, Hammer’s adventurous synth-heavy melodies, Ceol’s 80s groove and Jasper James’ feel-good remix of Romanthony’s ‘Bring You Up’.

Glasgow is accountable for Kevin’s love affair with house music, citing the likes of  Sub Club and The Tunnel as his inspiration. What went on in the city was different from London and what mattered to fans was whether the music made you feel something incredible; ‘whether that was going berserk on the dance-floor, or smiling your face off or hooking you into a groove and taking you to some frenzied place 10 minutes later’, Kevin explains and each contribution is an example of that.

“The clubs and DJs of Glasgow inspired the label and so I wanted to ask my favourite producers from the city if they would make a track that was specifically designed for the Glasgow crowds,” he explains. “I’m really happy with the result and I think with tracks from the likes of Jasper James, JD Twitch, Hammer, and Domenic Cappello and alongside some brilliant producers that people might not have heard of, you can really hear what Glasgow Underground, and the city itself, is all about right now."

Since its inception in 1997, Glasgow Underground has provided a home for releases from some of the most influential artists of its time; from Romanthony and DJ Q in its eariler years, to the likes of Dixon, Gerd and Motor City Drum Ensemble in its latest form.

Kevin started producing in 1994, kicking off his debut label Muzique Tropique with ‘Prelude To The Storm’ – a collaboration with Andy Carrick. Gaining support from a wealth of credible tastemakers such as Andrew Weatherall, Dubfire, Danny Tenaglia and Roger Sanchez led to Kevin entering the more mainstream consciousness after discovering local talent that would be become Mylo and Linus Loves.

Credited for producing and mixing Mylo’s seminal platinum-selling album ‘Destory Rock & Roll’, the album went on to secure 4 top 40 singles including ‘Drop The Pressure’, ‘Destroy Rock & Roll’, ‘In My Arms’ and ‘Muscle Car’ as well as the UK number 3 hit ‘Doctor Pressure’. For Linus Loves, Kevin produced several tracks including the Ministry record ‘The Terrace’ – which charted at #31.

Despite this phenomenal success story, Kevin has since remained true to the underground ethos of the label and continues to be a key proponent of the Glasgow’s electronic music scene. ‘Underground Sound of Glasgow 2017’ is a fitting tribue to his twenty years in the business.