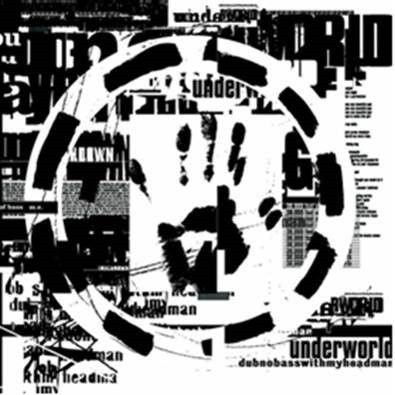 In anticipation of the re-mastered, deluxe release of their classic album ‘dubnobasswithmyheadman’ and headline show at London’s Royal Festival Hall, Underworld unveil ‘Cowgirl (Alt Cowgirl C89 Mix from a1564)’.

A fascinating insight into their creative process, this early demo of ‘Cowgirl’ already has the familiar pulsing riff and the gradually building drums of the final fully-mixed version.

At this point in the recording Karl’s vocals are at an early stage of their development, but there are plenty of hints to the direction they will finally take, like “flying into”, “she’s a cowgirl” and “I’m invisible”.

Enjoy this peak into the creation of a classic.

“By writing ‘songs’‹albeit playful, deranged ones‹Underworld have come up with a solution for the facelessness that blights dance music.” NME

To coincide with the re-release of dubnobasswithmyheadman, Underworld will play the album in full at a one-off show at London’s Royal Festival Hall on Saturday 11th October 2014. This show will offer fans a unique chance to see Underworld in one of the capital’s most iconic venues playing this classic album in its entirety for the first time. Tickets cost £35/£30 and are available from July 2nd.

dubnobasswithmyheadman is the first release through Universal Music’s exclusive worldwide deal for the band’s iconic collected works. Work is under way on plans for forthcoming future deluxe, remastered editions of each of the band’s classic albums.