UNER announces US residency and tour 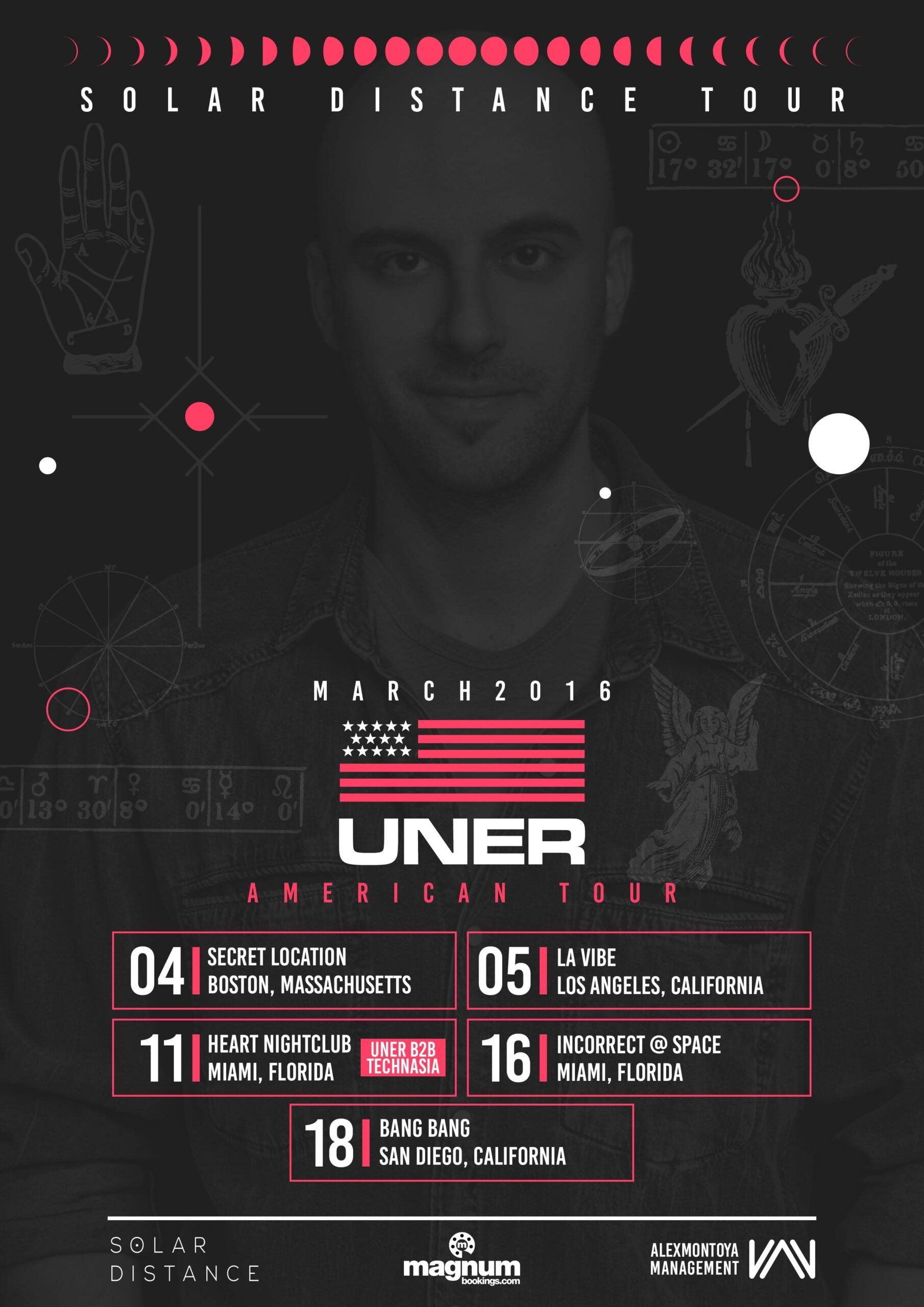 UNER announces US residency and tour

UNER is returning to the USA this spring with 5 gigs booked all over North America.

His debut performance at Le Jardin in Los Angeles was back in 2015, and since its success they have just announced his residency at the exclusive venue, which kicks off with the first gig booked for the 5th March, with around 4 more dates to be announced later throughout the year.

His growing popularity in the USA has gained serious momentum this past year, after his noteworthy season in Ibiza for the past few summers playing for label showcases at some of the biggest clubs including DC10, Space, Sankeys and Ushuaia, he has now taken this state side.

The tour sits alongside WMC this year, confirmed to play two venues, the first playing one of his award winning b2b performances with Technasia at Heart Nightclub, and then again the following week with the Incorrect Music crew, for their label showcase being held at Space on the 16th, March, following his recent remix on the label of Marco Lys “SLW” released on the 29th February on the “Evathing/SLW’’ EP

Don’t miss your chance to see UNER showcasing some of the tracks from his latest remixes and projects at one of the below venues this March – his sets are truly memorable, creative and always evolving.