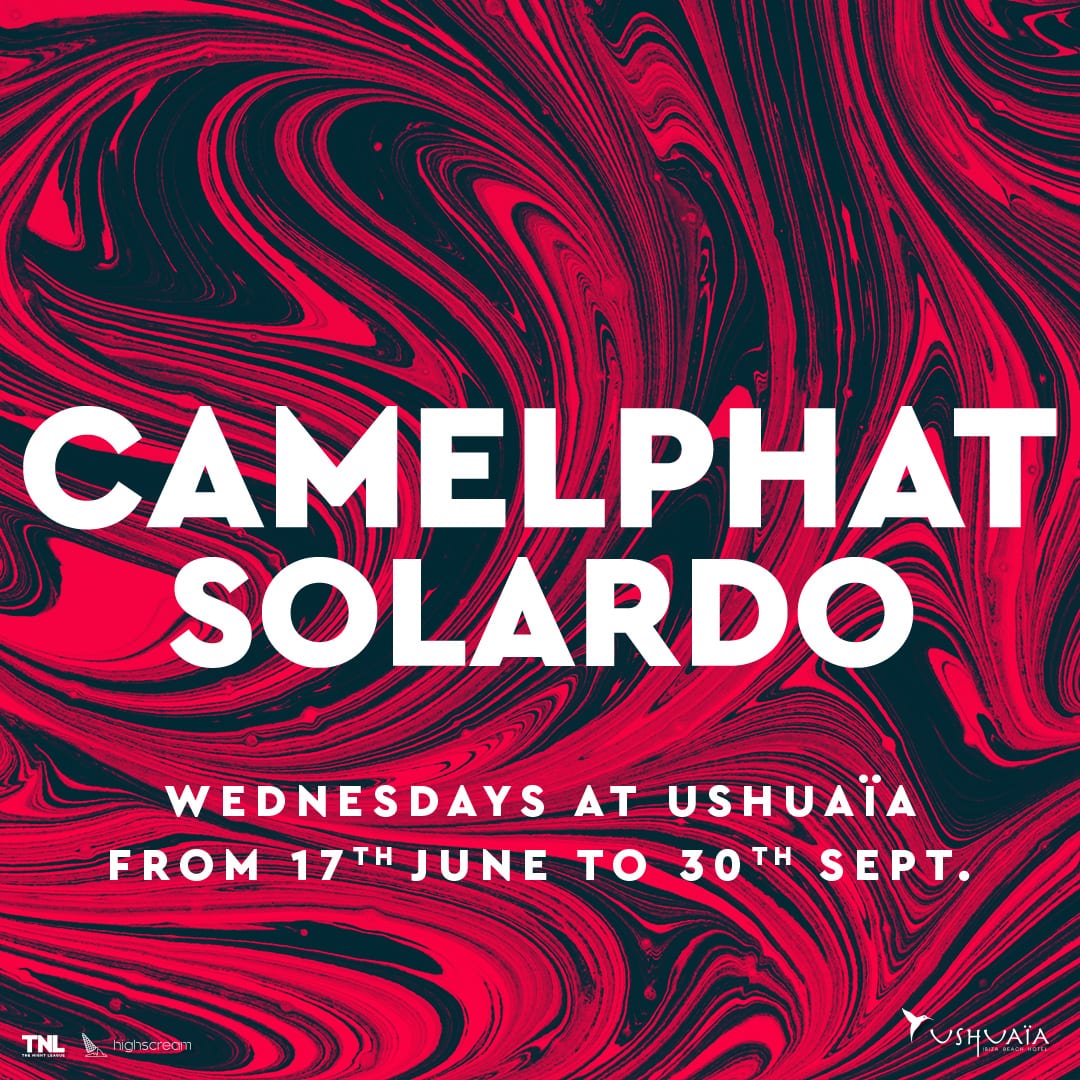 Grammy-nominated Liverpool duo CamelPhat, AKA Dave Whelan and Mike Di Scala will undoubtedly draw in huge crowds this season. The duo are on a never-ending triumphant streak, soaring to the top as they continue to propel house and techno onto the mainstage, selling out headline shows and tours at leading festivals such as Creamfields, Tomorrowland, EDC, and Glastonbury and major venues like Brixton Academy and Warehouse Project events. The Grammy and Ivor Novello nominated duo have amassed over 500 million streams across their catalogue, placed at #5 in Mixmag’s Top 10 DJs of 2019, and named the biggest selling artist of all time by Beatport. When CamelPhat aren’t making magic in the studio this summer, with a debut album in the works, they’ll be performing to thousands at Ushuaïa’s poolside stage.

“We are thrilled & honored to be headlining such an incredible space as Ushuaïa. To be featured alongside these world famous headline acts is hugely overwhelming & very exciting. It’s a massive opportunity to develop further as artists on the biggest & best stage in the world. It’s going to be a lot different from the past 2 years which saw ourselves & Solardo hold down a very successful Tuesday night residency at Hï but this is something we have to grab with both hands & give it our best shot. Roll on Wednesday’s at Ushuaïa”, says CamelPhat.

Solardo, AKA James Eliot & Mark Richards, will bring the same energy with which they closed their residency with last year. More often referred to as the driving force of the current UK house scene, they amass widespread plaudits for their role as not just hugely popular DJs, but also label owners, and innovative forward-thinking producers. Their remix of iconic house tune ‘Move Your Body’, in collaboration with legendary producer Marshall Jefferson, instantly became a modern-day anthem and broke a Beatport Chart all time record, staying at No.1 for 46 days. Turning anything they touch to gold, their record ‘XTC’ was hailed as one of the tracks of the summer last year in Ibiza.

Solardo says, “Last year was a huge year for us in Ibiza, our biggest yet. Just when we thought it couldn’t get any better we were offered to move our residency to, in our opinion, the best venue in the world… Ushuaïa! Expect more of the same, huge house and techno bangers, and nothing but insane vibes every Wednesday with us and CamelPhat holding it down!”

The boys are once again teaming up for what is set to be one of Ibiza’s most remarkable residencies of 2020. While the full line-up is yet to be announced, the tickets are on sale now, here.