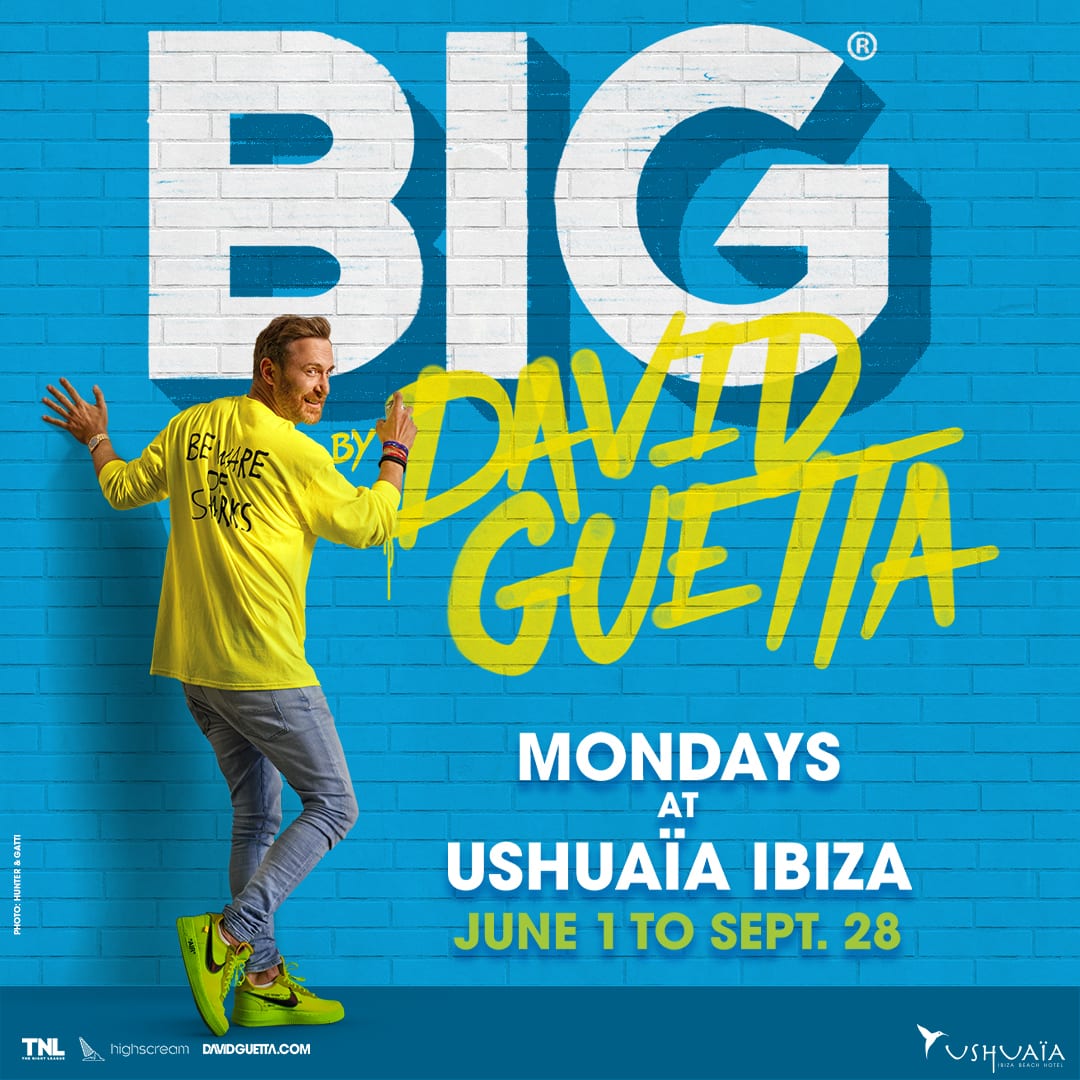 Ushuaïa Ibiza unveils the first residency of the decade, revealing that ‘BIG’ by David Guetta will return to the island for another season. ​David Guetta will bring his boundless creative energy to the open-air club every Monday, from June 1st to September 28th.

In celebration of David Guetta’s 9th season at ​Ushuaïa Ibiza, the ‘BIG’ concept will be executed once again on a monumental scale in 2020. From an aerialist performer floating across the sky under a balloon bunch to a gigantic waterfall installation, ​Ushuaïa Ibiza will up the ante with another state-of-the-art production lined up for the new season.

‘Ushuaïa is like a second home to me. The crowd is always amazing and of course we’re going BIG on the production again this year. I can’t wait to get back there!’, says David Guetta.

The Night League​, the team behind ​Ushuaïa Ibiza, created the​ ‘BIG’ concept in 2016 as the first event that would do everything on a large scale, calling for bigger production plans, teams, and behind-the-scenes efforts. Not only does it return the world’s most well-renowned DJ to the Ushuaïa Ibiza spotlight each year, but the event’s success can also be attributed to the buzzing ambience that sweeps through the venue as the vibe amplifies while the mammoth production comes to life.

‘BIG’ by David Guetta holds its place as the best-selling event in Ibiza, exemplifying Ushua​ï​a’s position at island’s #1 open-air club, and David’s continued multifaceted success. Globally, he’s racked up over 50 million record sales, whereas his total number of streams is over 10 billion. He has received numerous Platinum and Gold certifications, was named ‘EDM Power Player’ by Billboard, and won two Grammy Awards out of six nominations.

While the full line-up is yet to be announced, the​ tickets are on sale now via ​this link​.