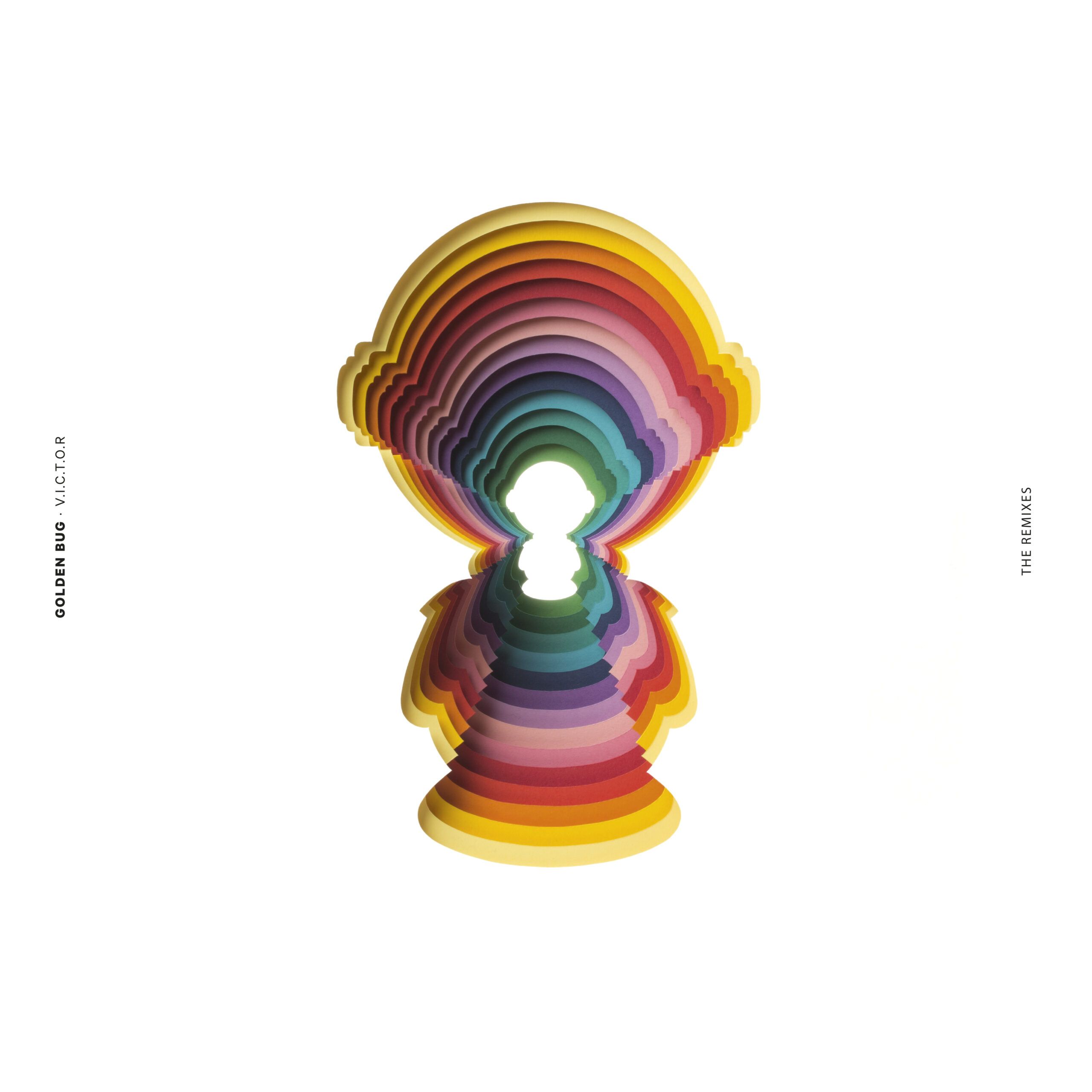 Following the critically acclaimed release of Golden Bug’s V.I.C.T.O.R. album last year, La Belle Records tap into some of their favourite contemporary artists and ask them for remixes. Il Est Vilaine, Red Axes, Destino, Thomass Jackson, Danny Daze, Strapontin and more all serve up sizzling results in return. The original album was a vital and broad affair which touched on everything from adult disco to psyche-funk, abstract atmospheres to slow-fi techno. It was another highlight in the Paris man’s esteemed discography.

Kill the DJ & Lumière Noire label associates Il Est Vilaine go first here and brilliantly flip ‘Taste Of Love’ into eight slow and seductive minutes of freaky macho disco with psyched out chords. Glasgow producer and Optimo trax artist MR TC, who also runs the Night of the Jaguar parties and has released on this label before, then gets spooky and unsettling on his dark and broody re-rub of ‘Un Paradis Artificiel’ feat. Julienne Dessagne.

Destino is a new project from a French producer Yuksek, who here shows a love of deep and off-kilter grooves sprinkled with melodies and tin pot percussive sounds on his ‘Accroché à Moi’ remix, while the super hot Israeli duo and Life And Death artists Red Axes go for a flabby dub take on ‘Room 666’ that is laced up with their big trademark guitar licks.

Slow motion dub and oodles of reverb also characterise Barcelona live act STA’s remix of ‘Danse Macabre’ and the ever unpredictable Omnidisc label head Danny Daze goes for an in-your-face and unresolved take on ‘Progress’ that has dark bass and punk spirit in the hits. Disco Halal Records main man Moscoman offers a slippery and snaking side to his sound and layers in fat bass strums and shimmering vocal sounds on his freaky ‘Amazonia’ remix, 2CV’s vision for ‘Black Soul’ is about heavy kicks and gnarly synth lines and Strapontin will trip you out with his circling synths, lazy kicks and gothic vocals.

Finally, Gomma Records and Correspondant’s Thomass Jackson layers up metallic hits and gurgling synths into a trance inducing and woozy remix of ‘El Dorado’ whilst the Get A Room remix of ‘Krokodil’ is a flailing stop-start number with blistering bass, guitars and percussive flurries that makes you jerk your body.

This is a fantastic package that marries together electronic music, dub, freaky synth work and post punk guitars into eleven menacing and meaningful tracks.