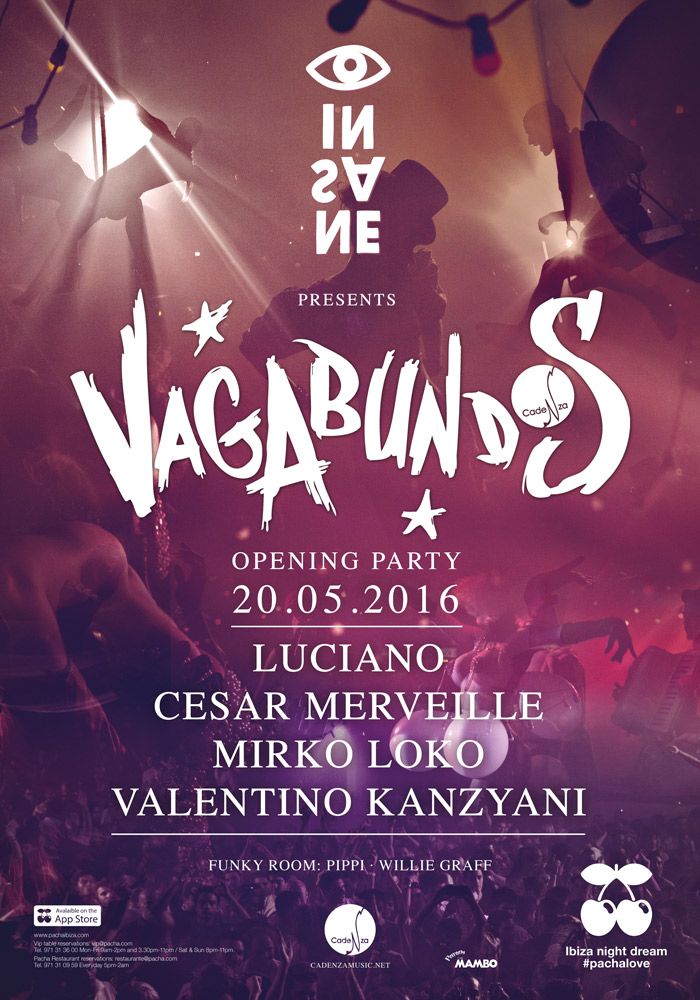 Vagabundos, starting on May 20th and ending September 16th totaling 7 dates as part of the INSANE residency series, will showcase Luciano and three supporting acts from a carefully curated lineup combining a range of sounds and vibes ensconced in a warm and inviting cabaret themed atmosphere as Vagabundos fans have come to expect.