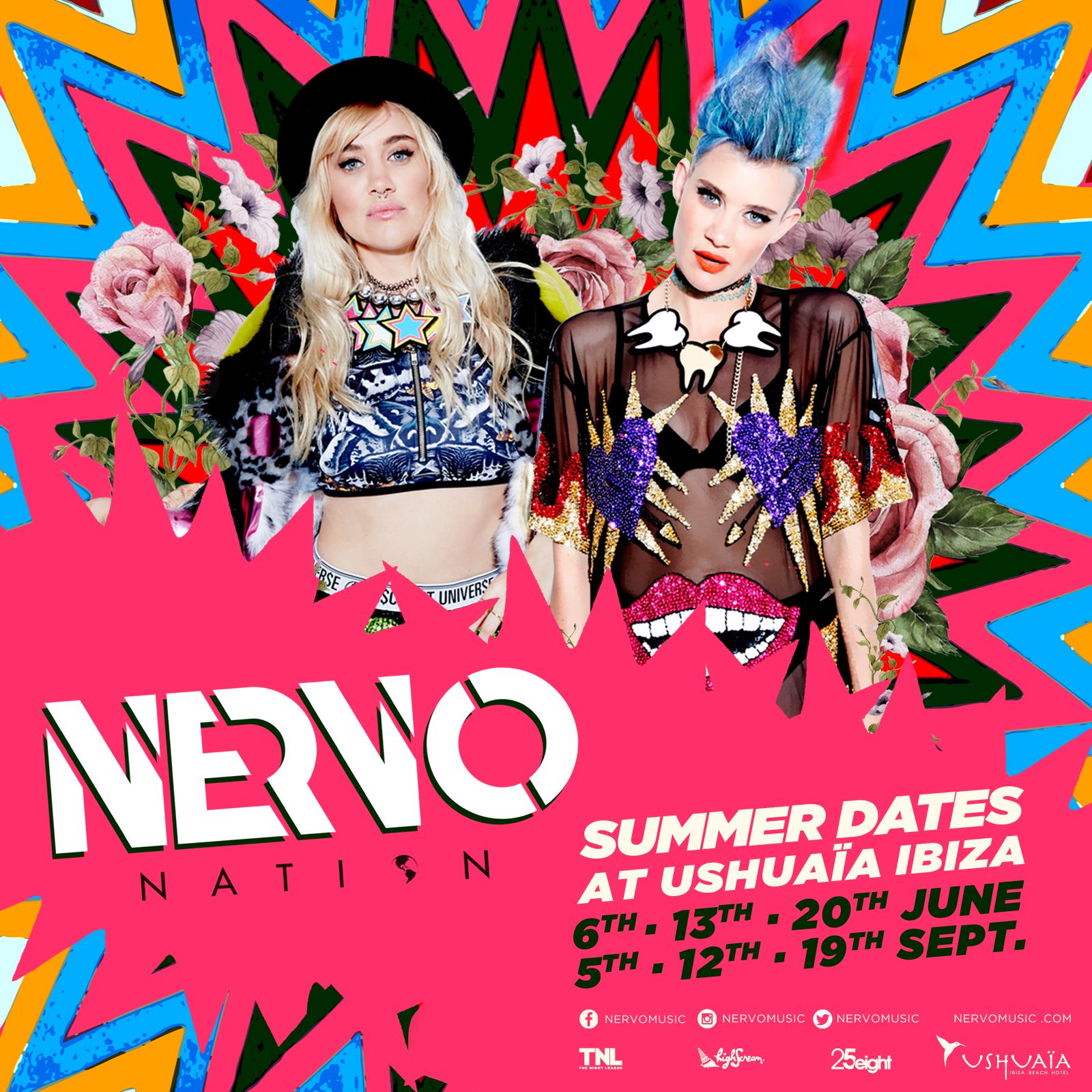 Bringing a unique flair to Ushuaïa Ibiza Beach Hotel is the latest announcement in this fully-loaded season – the return of famed female duo NERVO. Claiming their rightfully respected position in global circles, the unrivalled pair reestablish the capital of ‘NERVOnation’ over six nights from 6th June – 19th September. Reigning supreme as the highest ever ranking females in the scene three years running, ruling their ‘Nation’ in Las Vegas and Miami too, NERVO make out-of-this-world in every outpost. With yet more celebrity status DJs and top class concepts in the calendar under the Ushuaïa umbrella, the brand continues to secure its international stature and stakes its own claim to being Ibiza’s true club congress.

After celebrated credits writing and producing work for fellow Australian Kylie Minogue, as well as A-list acts the likes of Ke$ha, Afrojack and Steve Aoki, the NERVO sisters have crafted their own status out of Grammy Award-winning songwriting. The pick of parties worldwide and praised by the stars for which they once earned pride of place, these DJ damzels have not distressed in finding themselves acclaimed on decks from mainstream Tomorrowland to EDC and in charts. Playing with charisma and concerted talent, NERVO have attained their DJ Mag Top 100 place and so too a closeness to fans found wherever they fly. Propelled to the peak by an ardor front of stage and promoter’s attention beyond EDM behind it, this duo won’t be touching the ground even as they land heavy at Ushuaïa.