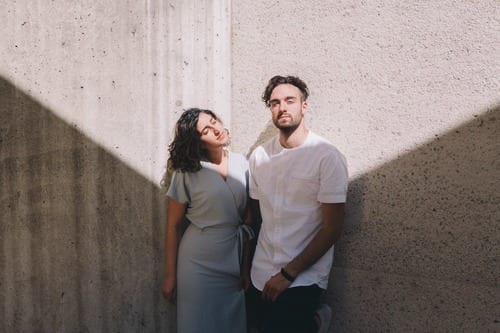 Due to perform two sold out shows at Omeara in London at the end of August, the band will return to the capital for a headline show at The Garage in October, as well as heading to Manchester to play Sound Control. Tickets to all UK and European dates go on sale today. See full dates and details below.

In this year alone, Vallis Alps have completed 35 sold out headline shows across North America, London and Australia and round out the year with performances at Reading & Leeds, Splendour In The Grass, We The Fest, North Coast, Listen Out and Spilt Milk Festivals.

Independently released, the Fable EP is made up of an eclectic collection of songs that vary in tempo, tone and subject matter including tracks 'East', 'Run' and 'Serity'. This is the second release from the pair, who were first made known for their self-titled debut release in Jan 2015. With no initial following or team behind them, Vallis Alps topped charts, received heavy radio airplay and toured the world playing festivals and sold out headline shows.