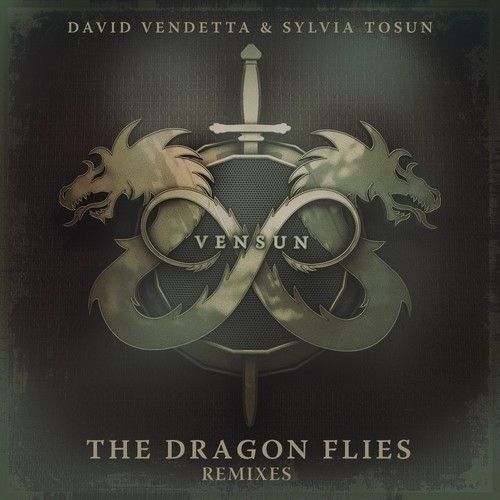 Landing in download stores on 28 January is part one of a massive, two-part remix package of the latest VenSun single ‘The Dragon Flies’ released on respected, New York based label, Sea To Sun Recordings. VenSun, aka French DJ / Producer David Vendetta and the acclaimed vocalist Sylvia Tosun, have enlisted a diverse collection of remixing talent for the release, including the esteemed trance production duo, Stereojackers& Mark Loverush, remixer to the stars, Guy Scheiman, and hot property, Disco Fries.

‘The Dragon Flies’ first appeared in November 2013 on VenSun’s debut EP also released on Sea To Sun Recordings. In response to the hype surrounding ‘The Dragon Flies’,particularly in the USA where the single has received extensive club and radio play – including a playlist spot on SiriusXMSatellite Radiofor the Disco Fries remix- Sea To Sun will now deliver three brand new remixes offering fans of the track three alternative sounds.

First up on re-rub duties is the young American duo, Disco Fries who bring to the table their unique balance of big-room progressive melody and their signature blown out bassline. These boys are a force to be reckoned with as their productions have been signed by some of the biggest names in electronic music like Tiësto, Hardwell, Kaskade, Steve Aoki, and Armand Van Helden.

Up next are Stereojackers& Mark Loverush who give the original a trance makeover in their own inimitable style. Established artists in their own rights, the boys have remixed for the likes of Tiësto and Delerium, and seen their original productions snapped up by hit compilations from Godskitchen and on Ferry Corsten’s ‘Once Upon A Night’.

The final remix comes from Guy Scheiman, a man whose remix discography reads like a ‘who’s who’ in modern music, both under his own name plus his ‘Bent Collective’ alias. Artists to benefit from Scheiman’s remix skills include Rihanna, Lady Gaga and Avicii. Scheiman applies his trademark high-energy sound to his Dragon Flies rework delivering a quality mix, fit for any big room dancefloor.

Although the VenSun name is new, its constituent parts, namely Sylvia Tosun and David Vendetta, are no strangers to success. Tosun has won multiple awards for her songwriting skills and penned one of the most successful releases on Armada in recent years, ‘An Angel’s Love’. Vendetta’s credentials include two widely respected artist albums and French National Chart hit singles, ‘Love to Love You Baby’ and ‘Break 4 Love’. Together as VenSun, their debut single ‘Love Is Love’ found its way into charts on both sides of the Atlantic, with multiple weeks in the Billboard Magazine Dance ClubChart and a number two spot in the Music Week Upfront Club Chart.

With three distinct reworks ready for release on 28 January, plus another batch in the bag for the release of Part 2 on 18 February, ‘The Dragon Flies’ remixes are set to deliver stunning new versions of VenSun’s instant classic, across a broad spectrum of electronic sounds. Preview Part 1 now:https://soundcloud.com/sea-to-sun/sets/vensun-the-dragon-flies