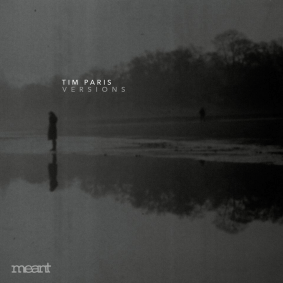 Over a glittering career, Paris has of course collaborated with Ivan Smagghe, run his own Marketing Music label and turned out a diverse album, ‘Dancers’, for My Favorite Robot. From jacking electro to rugged new wave via freaky house, he has a fully formed palette that is distinguishable by his raw sense of groove and texture.

First up here, Paris works with Telemark on ‘Version A,’ seven sizzling minutes of macho robot funk. Whirring synths, twisted bass and chunky drums all get you up on your toes and are sure to inject the crowd with wild spirit.

French touch veteran and I’m A Cliche label boss Cosmo Vitelli steps up to remix and brings more punk spirit to a slap-funk track with booming kicks and brain frying chords. It drips with cool and dark libido and is sure to become a real anthem.

Paris’s other masterful original, ‘Version B’, features Sex Judas and has a metallic and melodic bassline that runs round the scales in off kilter fashion. Sci-fi pads and bright stabs all add colour to this dystopian disco track as it bumps along and sweeps you up.

Remixer SONNS has a small but seriously accomplished discography on labels like Kompakt and ESP Institute. He flips the track into a loose, flabby chugger with tons of reverb on the guitar lines and spooky synths that wither and wilt. It’s tough disco of the sort that Andrew Weatherall and Ivan Smagghe will love.

This is a fantastic four tracker of gritty machine disco.