VIBRA! announces the first wave of artists for Amnesia Ibiza 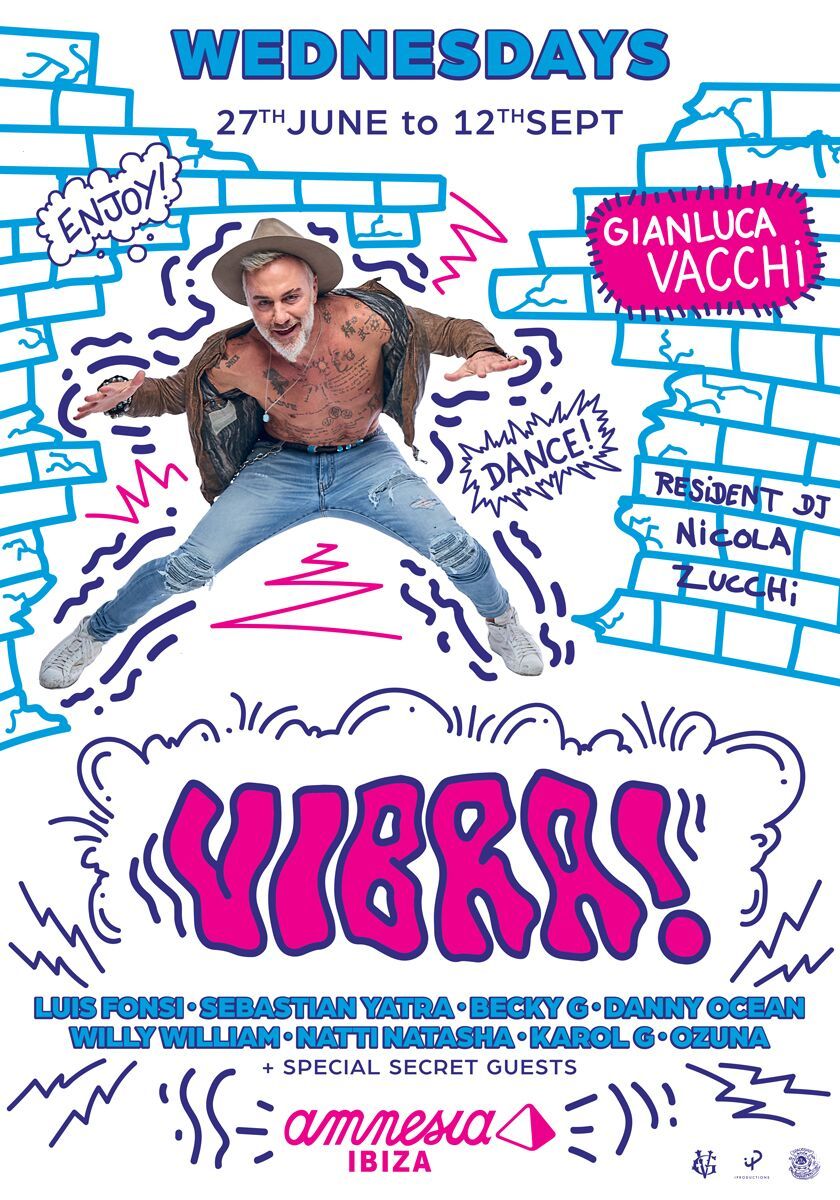 VIBRA! announces the first wave of artists for Amnesia Ibiza

Amnesia Ibiza premieres on June 27th VIBRA! – a massive artistic production where the creator of the groundbreaking single Viento and the newest Love, DJ and producer Gianluca Vacchi, will reunite the most important stars of the electro-Latin scene of today.

Luis Fonsi, Sebastian Yatra, Becky G, Danny Ocean, Willy William, Natti Natasha, Karol G and Ozuna will all be playing live at super club Amnesia this summer, plus other international artists that will soon be announced.

Up to 12 huge urban artists, the abc of Latin music gathered at VIBRA!, the party where Gianluca Vacchi will take over the DJ-booth every week to host the most entertainment nights on the island. A spectacular line up that will bring to Ibiza this summer, mostly for the first time, Grammy winners and number ones of the world's top charts, singers, composers and producers who have turned the new urban sounds, from trap to reggaeton, into a universal hymn.

From June 27th to September 12th – VIBRA! at Amnesia Ibiza