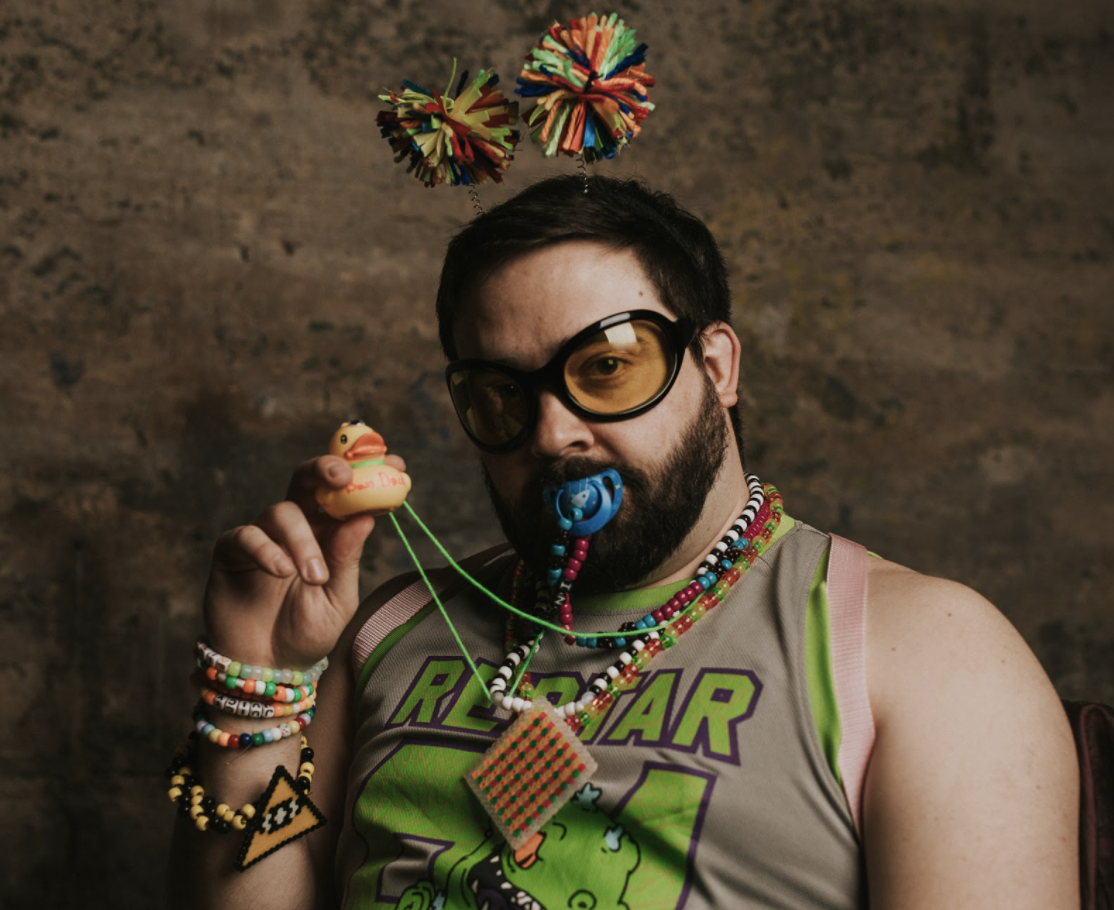 Viral TikTok phenomenon and DJ/producer HEYZ returns to the release radar with ‘Who Is HEYZ’. The 5-track offering marks the musician’s debut EP on Zeds Dead’s Deadbeats imprint and also serves as his most crucially poignant release to-date, following both lead singles ‘Body Language’ and ‘Just Friends’, as well as his recent slew of viral comedic TikTok-based character sketches. Out now on Deadbeats, ‘Who Is HEYZ’ is available to listen to across all streaming platforms.

Mike Hayes, known as HEYZ, is an innovatively multifaceted creative force taking the entertainment landscape by storm. His brand has resonated with many, with his current follower and view counts on TikTok impressively reaching 300k and 43 million, respectively, in just ten months. Outrageously whimsical skits in front of his bathroom mirror, as well as quirky dancing videos, add an amusing lightheartedness to his uproariously funny TikTok presence. His cultivated following has connected with his unique, funny, and over-the-top comedic content, skits, and characters, which now stand as the thematic backing behind his ‘Who Is HEYZ’ EP.

Visually bringing the EP’s songs to life, HEYZ extends his creative vision into a fun character format, featuring an emo punk for ‘Anyway’, an old-school ‘90s raver for ‘Fleeting’, a leather-clad gimp for ‘Body Language’, and a cowboy for ‘Wildheart’. This fun concept highlights HEYZ’s vibrant personality that he’s so well known for on TikTok, and also provides listeners with a unique, full-fledged visual experience for the music.

‘Fleeting’ follows, and is quintessential dubstep at its absolute finest. Hefty basslines, a propelling beat, and a rhythmically entrancing tone characterize the blistering dancefloor-ready weapon. Profoundly atmospheric, the hard-hitting, rapturous anthem serves as a testament to HEYZ’s wholly impressive versatility as a producer, as well as his inimitably unmatched production prowess.

Next on the EP is its second lead single ‘Body Language’, which features sultry vocals from Los Angeles/Austin-based electropop duo darkDARK, consisting of Genevieve Vincent and Chris James. The cinematically enthralling endeavor sees the pair once again joining forces with HEYZ. The richly-textured vocal is audibly replete with impassioned emotion, serving as a prime juxtaposition to the ruthlessly larger-than-life bass and brooding snares.

‘Wildheart’ takes the reins, and boasts a barrage of infectiously enticing sonic cacophony. The three-minute dubstep opus maintains the same fiery energy as its predecessors on the EP, while upping the anté tenfold with its vigorous flair. At several points the rising tension gives way to warbly soundscapes and heavy basslines, without ever letting up. In all, ‘Wildheart’ is a certified gem that possesses commanding sensibilities from start-to-finish.

HEYZ wraps up the EP with ‘Just Friends’ featuring burgeoning singer/songwriter Taylor Ravenna. The first lead single from the EP, the immensely successful track was released last June to much acclaim. Ravenna’s euphorically soaring vocal effortlessly glides throughout, providing the perfect backdrop for HEYZ’s production. The bass-centric tune showcases a melancholic lyricism that is executed impeccably throughout, adding yet another hit to her newly flourishing back-catalog.

‘This EP is really important to me. I’ve landed on a label I love, with music I love, and a brand that’s really fun for me to put out there. In the EDM world you see a lot of “mysterious” artists, whether they don’t reveal their face, or are a marshmallow, or some kind of dark underworld robot overlord. I thought about doing all that kind of stuff, but what finally worked was me literally just being my goofy self. Seeing the hundreds of comments I get on TikTok every day where people say I “make their day” or “cure their depression” . . . it makes me really happy. I can’t wait for what the future holds, and to keep making people smile.’  – HEYZ

ABOUT HEYZ — Hailing from Greensboro, North Carolina, Hayes’ precocious musical background saw him playing with instruments from a very young age. Eventually, music writing came naturally which organically led to music production. At the time, his knack for crafting tunes would pique the interest of deadmau5’s renowned mau5trap label in 2018. Stylistically pivoting, HEYZ would opt instead to place a focal point on more bass-heavy sounds in favor of the techno he was making at the time.

Since, he’s released on established imprints the likes of the U.K.’s Circus Records, Jauz’s Bite This!, and more recently, Zeds Dead’s Deadbeats. Over the course of the last year, his TikTok following has grown significantly, further solidifying his main goal of disseminating comedic relief and positive vibes to a world that very much so needs it, all by just being himself.

With a substantial following already under his belt, HEYZ’s perpetual upwards trajectory will continue to catapult him to the stars. With a solidified creative vision, he effortlessly blends together his beloved online presence and over-the-top brand with his highly enticing original productions in the form of his ‘Who Is HEYZ’ EP. 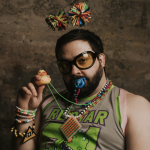