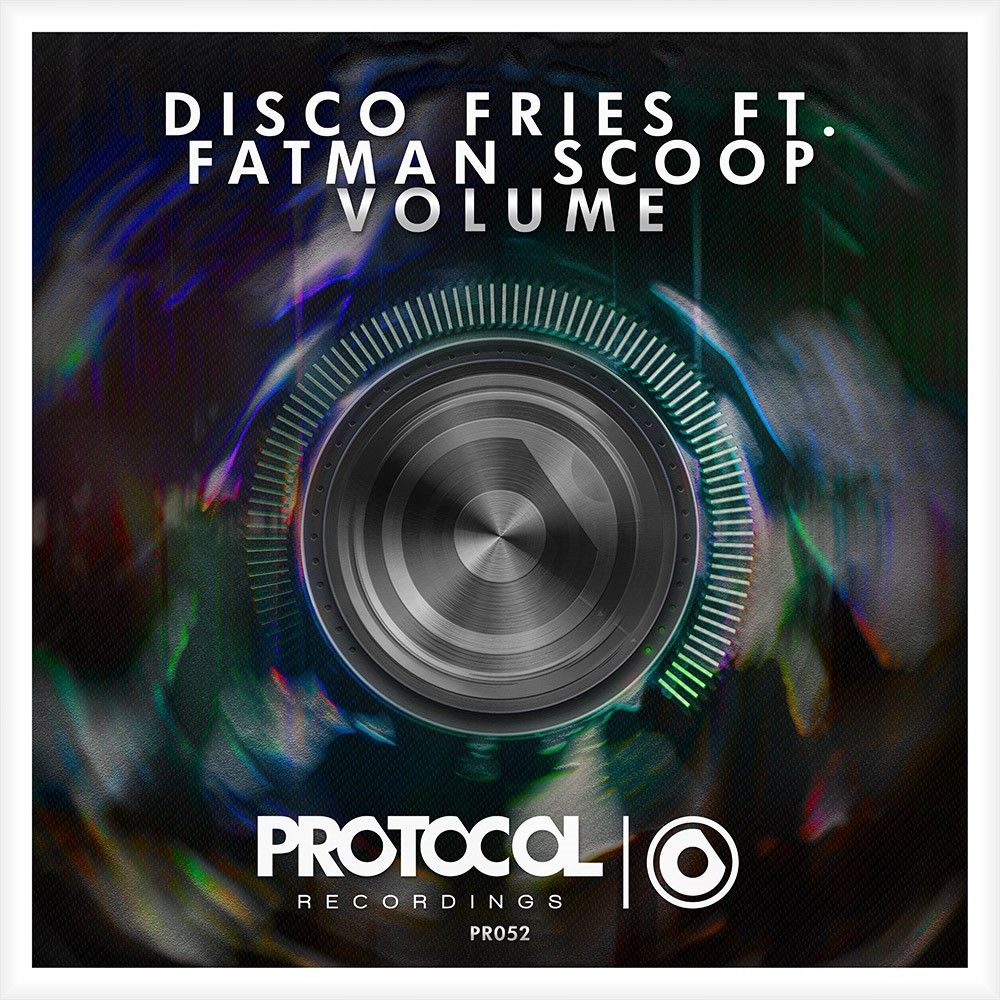 Nicky Romero’s Protocol Recordings welcomes Disco Fries and Fatman Scoop to the family with the announcement that their brand new record ‘Volume’ is now available via the emblematic Dutch imprint.

Breakthrough artists Disco Fries are currently riding a wave of burgeoning international success as their signature fusion of dynamic pop and big-room electro sets them apart from the archetypal electronic dance template.  Blending trademark progressive basslines with classical and refined melodies, the North American duo are championing a sound that looks to become the veritable next big thing. Accompanying them on ‘Volume’ is internationally acclaimed hypeman, chart topper and multi Grammy award-winning Fatman Scoop, whose track ‘Be Faithful’ helped him soar to prominence in the early 2000s. Having collaborated with Skrillex, Bob Sinclar, Missy Elliott and the legendary Mariah Carey, the presence of Scoop on ‘Volume’ is undeniable.

First premiered on Protocol Radio, ‘Volume’ successfully caps off an enormous festival season for Protocol Recordings’ head honcho Nicky Romero and proves the label’s undying commitment to quality. With a euphoric rising synth-line, ‘Volume’ successfully combines punchy percussion and driving melody to form a symbiotic whole brought together by Fatman Scoop’s iconic and raw top line. The result is an exhilarating progressive electro-house track that electrifies as much as it beguiles.

Disco Fries have enjoyed tremendous success as an electronic music outfit, with their work on constant radio rotation and their production skills earning them support from the likes of Nicky Romero, Tiesto, Hardwell, Kaskade and Steve Aoki. The collaboration with Fatman Scoop comes at the perfect time, blending the worldwide hip hop icon’s vocal with their up-to-date composition, proving their ability to adapt to the ever-changing dance music landscape. Fatman Scoop’s ubiquitous ‘Be Faithful’ in 2003 set the benchmark for high-energy, club-ready hip-hop. Now the American is looking to position himself at the forefront of the electronic game and has made great strides with ‘Volume.’ Alongside curating such hits, Scoop has currently been causing a stir as a contestant on Celebrity Big Brother UK, winning over public opinion and giving his fans an inside look at the man behind the music.

Be sure to keep all eyes and ears tuned to the sound of ‘Volume’ as both Disco Fries and Fatman Scoop deliver their biggest and loudest hit to date.