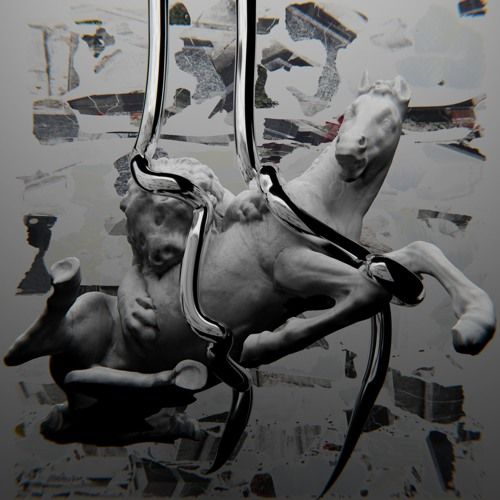 A classically trained musician at a young age, Mahdyar got into graffiti at the rebellious age of 14 setting him on a course that would lead to a chance meeting with some of Tehran's upcoming hip-hop artists and into the producers chair. His early productions carved a way forward (and away from imitating Western hip-hop) for Tehran's underground drawing on traditional Persian music, Farsi poetry, and mysticism. Since these early days Mahdyar has produced a number of acclaimed Persian hip hop albums but most notable is Hichkas’s Asphalt Jungle. The album was his first full length as a producer and it became a massive domestic hit – earning him the recognition of an artist of considerable impact on Iran's music scene seeking to empower the younger generation to make art that challenged the status quo.

Unfortunately this recognition also brought him and his friends to the attention of the authorities keen to dampen their influence. Due to the perceived risk to mainstream Iranian youth culture; the Government began closing studios, arresting key figures, and culminating in the the blacklisting of Mahdyar by the Ministry of Culture. Against this backdrop of authoritarianism, Mahdyar decided to leave Tehran in 2009 when he received an invitation to Cannes for the premiere of the award-winning No One Knows About Persian Cats as the film's composer. Mahdyar settled in Paris and started working with prestigious establishments such as French National Museum of Modern Art Centre Pompidou, Franco-German culture and art TV network Arte, Sweden's National Theater Riksteatern and numerous Iranian, French, British and American filmmakers.

Mahdyar's ambitious first full-length offering 'Seized' rhythmically structures itself along the contours of middle eastern traditional music and hip-hop, weaving mournful complex sound collages that blur the line between its acoustic and digital sources. Frenetic compositions continually build, reshuffle, and take a new divergent path with each reset. The slow crawl of opener "Seize" begins to take form with each new measure, teeing up the listener for a sonic journey into unfamiliar territory. Trudging along like a ship in a sea of molten iron, "Seize" is a good example of Mahdyar's uncanny ability to give his composition's such strong visual qualities. The dirge "Money Money" is an imaginary score for an apocalyptic ancient world in a universe where money has succeeded in controlling everyone and everything. The album cycles through an array of themes and visual cues, often alluding to the horrors of war, greed, and intolerance. However, there are moments of odd beauty ("Glimmer Of" "Running From") that suggests that Mahdyar's realist vision isn't dystopian as it seems on the surface but rather is one that recognizes conquering these challenges means taking the more challenging, uncertain routes.