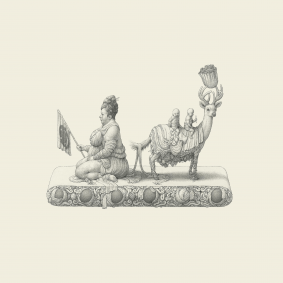 Releasing music since 2013, Upercent has continued building a discography that demands respect, with recent years including appearances on Diynamic, Monaberry, Culprit and Sincopat, not to mention kick-starting 2018 with an outing on Kompakt. The Spanish producer now joins microCastle, following on from the likes of 16 Bit Lolitas, Max Cooper, Guy J, Henry Saiz, Eagles & Butterflies, Luca Bacchetti, Marvin & Guy, and many more lauded producers.

Built on a deep, meditative groove, ‘Vuit’ develops with a distinctly hypnotic charm thanks to eastern motifs and clever dub styling. Rattling percussion and medley of afro elements then come together in ‘Tango’ as the productions builds in tension before unveiling a heart-felt piano melody in the final segment.

A stripped back arrangement sets the tone in ‘Submissive’, pairing treated guitar and analog stabs with the sublime voice of Dawyzo Lawrence aka KnowKontrol – a vocalist who has appeared on labels like Crosstown Rebels, Drumcode, Rebellion and Keinemusik. Finally, Tel Aviv native Chaim generates a subterranean remix of ‘Submission’ complete with intricate effects and mesmeric vox murmurs to tie everything together.