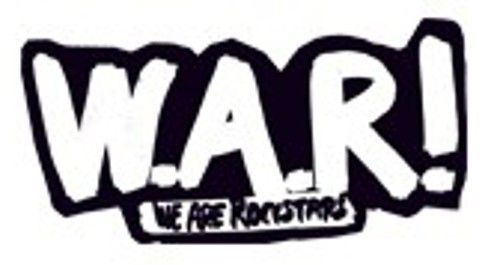 W.A.R! announces its return to the iconic Ibiza Rocks outdoor venue this summer with 16 weeks of parties featuring electronic music’s finest. Championing new music, W.A.R!’s eclectic programme sees some of the UK’s leading lights sharing a stage with the hottest breaking talent. Big names including 2manydjs, Zane Lowe, Mark Ronson and Fatboy Slim will appear next to the likes of Mele, Friend Within, Monki, Cyril Hahn and Karma Kid. Tickets are now available at www.ibizarocks.com/war

The 2014 programme yet again confirms W.A.R! has a natural ear for UK electronic music. At the inaugural event back in 2012 W.A.R! introduced two unknown London acts, Disclosure and Rudimental, to the White Isle and has since become a trusted source for the next big thing.

Armed with a line-up that rivals most festivals, W.A.R! enters its third year more ambitious than ever. Zane Lowe returns at the helm, having supported the event from day one. The Radio 1 DJ is not only a tastemaker for new music but also a phenomenal tour-de-force when it comes to high-octane DJ sets. A veteran to W.A.R! Doorly returns for his yearly residency at the event, fresh from new releases with Green Velvet and a notable SXSW appearance, he will no doubt eclipse years past in 2014. Heading up the rest of the series are some of the UK’s biggest exports with a handpicked selection of its rising stars, all well equipped to keep W.A.R! revellers partying throughout the summer.

Responsible for one the biggest anthems of 2014, Gorgon City join Zane for the launch of W.A.R! in June along with hotly tipped Bristol songwriter Javeon. The producer duo return in July alongside Hannah Wants and Sasha Keable who continue to make waves in the industry. Redlight tops the bill on week two, backed up by garage legend and Kiss FM veteran DJ EZ, who recently showed that he’s still at the top of his game with another amazing Boiler Room set.

Back by popular demand, Example returns to W.A.R! with DJ Wire having delivered a series of sell out shows in 2013. The pair are prepped for four explosive performances that will see them appearing alongside Monki, Karma Kid and Mele, three acts that are all well on the way to becoming headliners themselves. Visionary hit maker and label owner DJ Fresh takes to the stage in August joined by Wilkinson, a similarly talented purveyor of anthemic drum and bass who last year scored his first top ten track with Afterglow. Also taking to the decks for W.A.R! is North London’s Meridian Dan and Radio 1’s very own Toddla T. The multi-talented producer has had a meteoric rise over the last five years and is a prime example of homegrown talent.

Fatboy Slim takes to the famous Ibiza Rocks stage for, EAT SLEEP ROCKS REPEAT, a Balearic ode to his iconic single in 2013. The pioneering Norman Cook has been delivering anthems for over 20 years and is supported by Maribou State, a duo who are hoping to do the same after turning heads with a slew of well crafted, melodic gems. Synonymous for their incredible live shows, Belgian brothers 2manydjs take to the W.A.R! stage just one week later with a favourite of Radio 1 pioneer Annie Mac, the ever-elusive Friend Within for the anticipated Bugged Out Weekender Takeover. The last week sees closing parties grip the island, W.A.R! goes for one final blow out as Zane Lowe is reunited with Mark Ronson for their now legendary live collaboration A-YO and the pair’s second W.A.R! appearance in 2014.

W.A.R! promoter Jordan Hallpike is pleased with 2014’s programme saying “W.A.R! is all about bringing fresh and underground UK electronic music to a balearic setting. The fact we’ve grown so much after only two summers reflects just how strong and exciting the scene is right now. This year we’ll be uniting new artists with returning icons for our unique festival atmosphere on the White Isle.”

TRAVEL INFORMATION IBIZA
Three night stay at Ibiza Rocks Hotel including tickets to W.A.R!
JUNE from £51 per person
JULY from £77 per person
AUGUST from £81 per person
SEPTEMBER from £62 per person