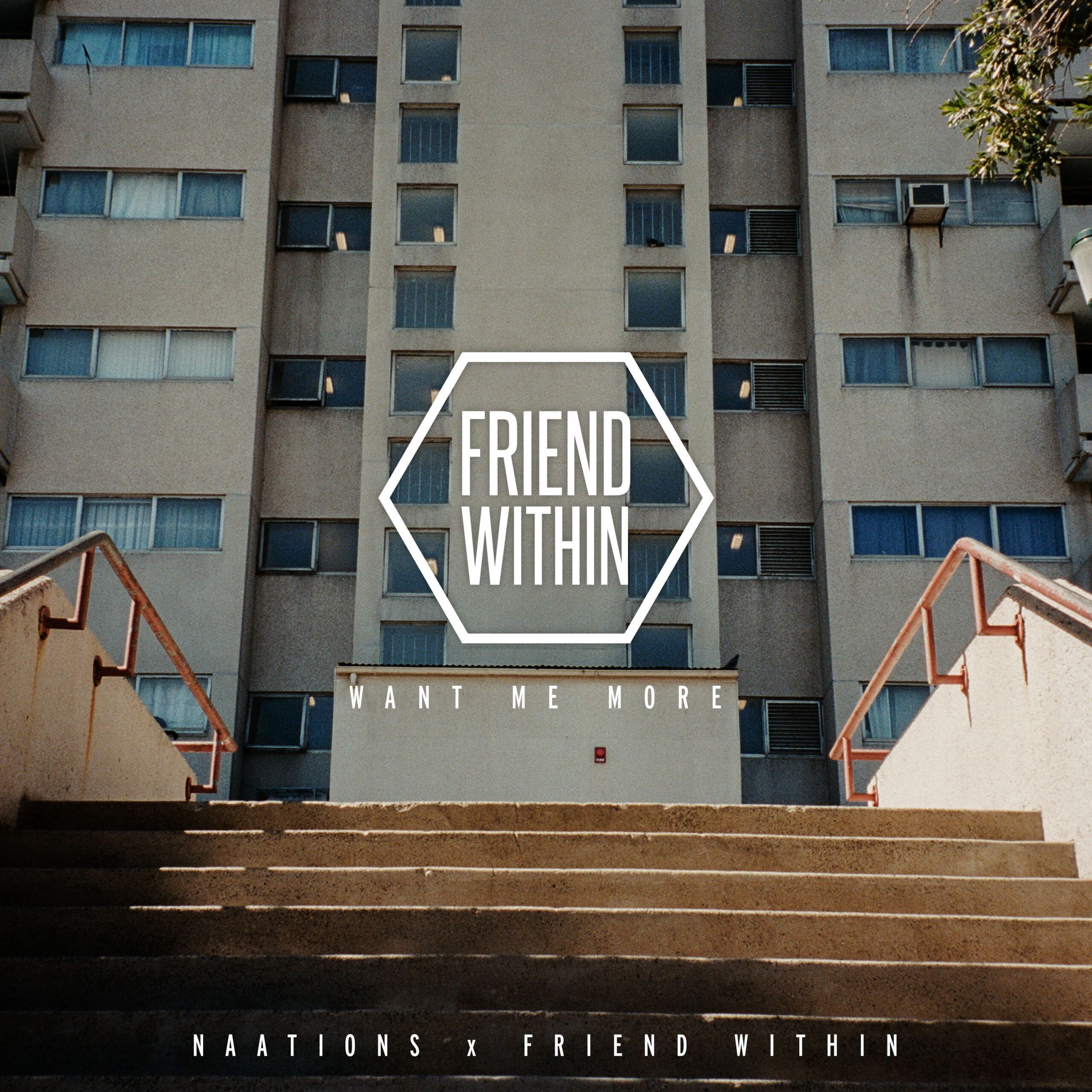 Fresh off the back of their latest single ‘Want Me More’, NAATIONS, made up oflong-time friends Nicky Night Time and Nat Dunn, have unveiled a diverse and dynamic remix package for the track. The reworkings come courtesy of Friend Within and Sammy Porter, who have put their own mark on the original.

Featuring a vibrant house loop, UK producer Sammy Porter laces his own rendition with a dancefloor-ready club feel, using punchy piano chords with a rumbling bassline. The remix precedes Friend Within’s interpretation, who takes on a more after-hours feel, utilising rhythmic deep-siren sounds with a strong emphasis on a dark and brooding breakdown.

Following up their success with the original version of ‘Want Me More’, the track propelled itself into the Top 20 UK Shazam Dance Chart following a wave of huge support from BBC Radio 1 & 1Xtra, with plays from Pete Tong, Danny Howard and Mistajam. The track also received airing across Kiss FM and Kiss Fresh, dominating UK radio play nationwide.

Having kickstarted their career as a duo in 2016, when the pair launched their critically acclaimed debut release ‘Kingdom’, NAATIONS have gone from strength to strength ever since. Their recent Duke Dumont & Gorgon City collaboration ‘Real Life’, amassed over 20 million Spotify streams, and stayed in the UK Top 40 for a mammoth 12 consecutive weeks. The track, which became the soundtrack to the summer in Ibiza, was heavily supported by BBC Radio 1 tastemaker Annie Mac.

Having previously worked as separate acts before forming NAATIONS, Nat has penned tracks for rising talents like Bearson, whilst Nicky has teamed up with the likes of The Klaxons, as well as gaining a coveted ARIA Award nomination for his track ‘Everybody Together’.

2017 has marked NAATIONS’ biggest year to date, with outstanding performances at V Festival and SW4. The duo also made their UK debut at the iconic O2 Brixton Academy venue earlier this year.

With big plans in the pipeline for NAATIONS, the eclectic ‘Want Me More’ remix package is set for release on 1st December.