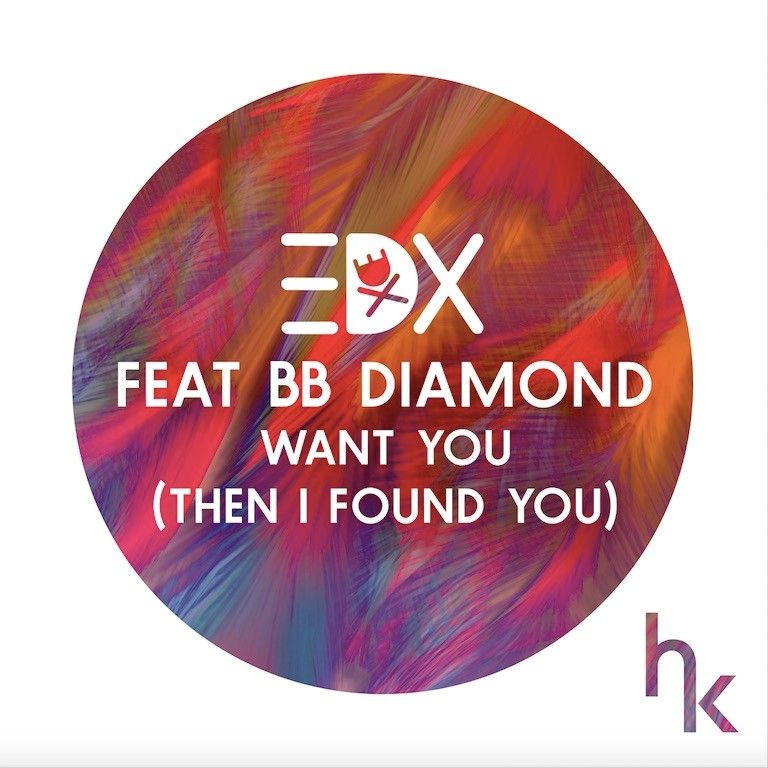 After an undeniably remarkable year of Beatport, Shazam and touring success, 2015 gets even bigger for producer EDX with his new vocal version featuring BB Diamond: ‘Want You (Then I Found You)’, an infectious tune that ripples between deep house and dance anthem, to be released on the 30th October 2015 via HK Records / Ministry Of Sound.

With a string of quality releases in 2015 alone and his discography dubbed a ‘glimmering trophy case’ by Thump, it’s clear EDX has well and truly made his mark. His remix of Sam Feldt’s “Show Me Love” is still riding high on the Beatport charts, amassing over 35 million Soundcloud streams and is garnering even more support as the #5 most Shazam-ed track of this Ibiza season. His slick new remix of Robin Schulz ’Sugar’ released in early September is yet another stand-out reworking. It becomes clear that his new original production ‘Belong’, set for release on the 21st September, is shaping up to be an end of summer anthem before he rounds it off with ’Want You (Then I Found You)’ on the 30th October.