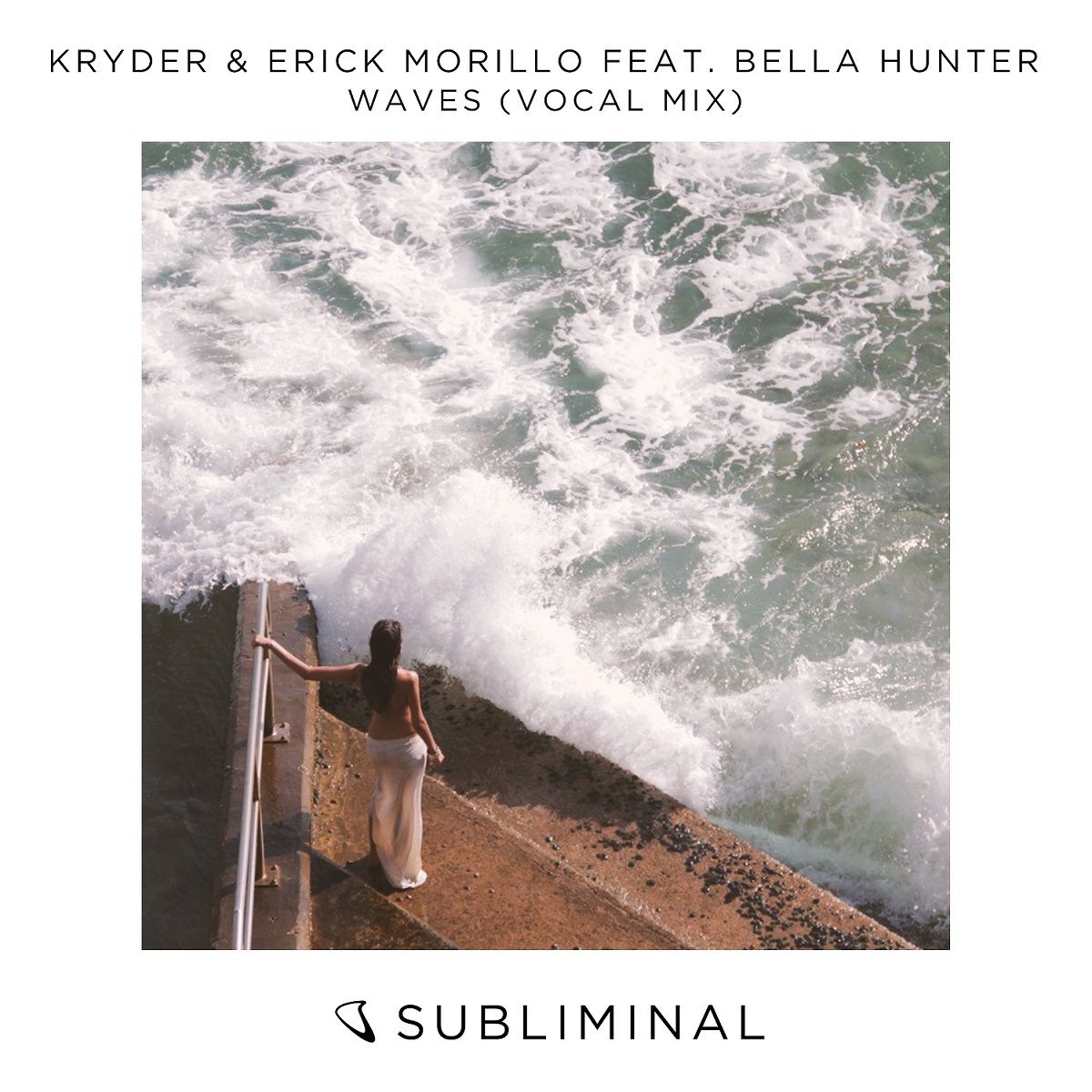 Platinum-selling DJ, producer and label owner Erick Morillo has unveiled the two latest reworks of his collaboration with revered producer Kryder: ‘Waves.’ Released on Erick’s seminal Subliminal label, the track inherits two brand-new interpretations of the August original with Erick teaming up with lifelong friend and fellow producer Harry Romero for a vibrant club mix. The second production comes in the form of the vocal version, utilizing the silky vocals of songstress Bella Hunter.

The vocal mix draws influence from noughties trance with fluttering guitar strings and euphoric synths underpinned by the vocals from Australia’s Bella Hunter, who adds real emotion to the track with her pitch-perfect delivery. Its music video, which is released in tandem with the vocal version, focuses on a series of clever cuts based around a stormy night at sea, with Bella as the production’s protagonist.

The club mix of ‘Waves’ sees Morillo team up with Harry Romero and gives the original a darker feel with rumbling basslines. It is set for release on November 27th, exactly one week after the vocal release.

Since making a name for himself through 2013 release ‘Aphrodite’ on Axtone Records, Kryder has gone on to create his own imprint, ‘Sosumi’, providing a platform for upcoming artists. A touring DJ, Kryder played several dates in Ibiza this season, including Pacha and Hï Ibiza as well as key festivals such as Mysteryland, and recently hosted his Sosumi Records boat party at ADE alongside We Rave You.

This year, Erick has relaunched two of his pivotal imprints SONDOS and Subliminal Soul, which cater to his diverse style and incredible knowledge of dance music. Cementing his status as one of the leading innovators, Erick’s strong work ethic and energy are still prevalent today. Celebrating 20 years of Subliminal Records this year, Erick continues to support some of the best underground names in the scene, including Eli & Fur.

From the instant success of his weekly ‘Sessions’ parties in New York to hosting events like the annual road-blocking Subliminal Sessions parties in Miami at Winter Music Conference, and of course his now legendary Subliminal Sessions parties at Pacha Ibiza, ‘Waves’ serves as an aural embodiment of the vibrant and diverse productions that have made Erick so hugely popular worldwide. Both the track and the two new reworks cement the status of both Erick Morillo and Kryder as DJs, producers and curators of the highest order.