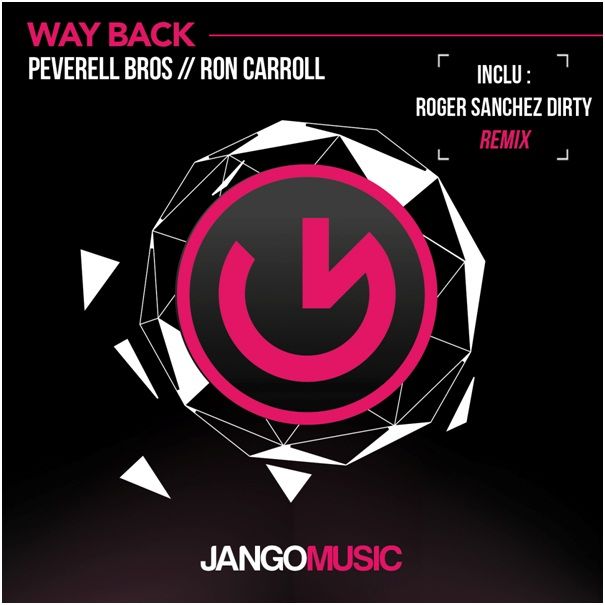 A collaboration between UK based duo Peverell Bros and the legendary House music vocalist Ron Carroll is certainly bursting with talent – add Roger Sanchez into the mix and it becomes a world class team of the highest levels. Roger Sanchez has put his twist on Peverell Bros and Ron Carroll’s track ‘Way Back’, offering a two-track package consisting of a ‘Dirty Beats’ and ‘Dirty Beats Dub’ remix. Hitting Beatport’s shelves on the 9th of November, 2015 and the rest of the stores on the 23rd of November, 2015, Roger Sanchez’s ‘Way Back (Dirty Remix)’ pack is certainly looking to become an end of year banger.

Roger Sanchez is one of the biggest names in Dance music, known for his top-notch artistry and quality productions. He is the creator of the successful S-Man moniker and the driving force behind Stealth Records and Under The Radar. Moreover, Roger Sanchez is also renowned for his ongoing, massive radio show ‘Release Yourself’. A Grammy Award winner, Roger Sanchez is a first call remixer, putting his signature on the works of A-list artists like: Apres, Mystery Skulls, Madonna, George Clinton, Michael Jackson, The Police, Diana Ross, Jamiroquai, Maroon 5 and No Doubt amongst others.

His two reworks on Peverell Bros and Ron Carroll’s ‘Way Back’ are the latest additions to Roger Sanchez’s long list of heavyweight remixes. Bursting with groove, Roger Sanchez’s ‘Dirty Beat Remix’ is not short of enticing elements. Driven by soulful vocals, mesmerising arrangements, heavy House inspired beats and colossal, subby bass-lines, this remix is surely the proof of why Roger Sanchez is such an in-demand remixer. On the other hand, the ‘Dirty Dub Remix’ offers a vocal-less rendition of the single, showcasing the flavourful instrumental variations at their very best, whilst expanding on Roger Sanchez’s highly-original ideas for this remix, giving them a mellower melodic touch.

‘Way Back (Roger Sanchez Dirty Remix)’ EP is proudly being released by House and Vocal House specialist imprint Jango Music. Managed by the famous Wormland Music, Jango is establishing itself as a leader within the House community, holding an impressive catalogue comprising the works of key names like: Block & Crown, Michael Murica, Vigo Qinan, Julien Lambies, Beedeep and its owner Lucas Reyes to name a few. Peverell Bros, Ron Carroll and Roger Sanchez are certainly heavyweight additions to the Jango family and will surely be contributing big time to their rising musical capital.