A-Trak - We All Fall Down 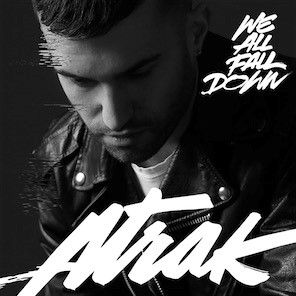 A-Trak - We All Fall Down

Grammy-nominated producer A-Trak is everywhere these days – in the past few months alone, he’s taken hip-hop futurism mainstream with “Out The Speakers” (featured in Mountain Dew’s Superbowl commercial and viral ad campaign) while reinventing EDM riffs with cheeky guitar-led single “Ibanez” and churning out ubiquitous remixes for Alesso and The Chainsmokers.  But last winter’s solo outing “Push” marked the beginnings of a new signature sound for Trizzy, elevating all that dance world expertise with high-def emotions and mature songwriting.

With his new single “We All Fall Down,” out now via his own label Fool’s Gold, A-Trak follows the muse of “Push” even further into pure pop heaven.  Featuring vocals from talented UK soulman Jamie Lidell, each take on “We All Fall Down” showcases varying styles and shades of dance music. The original is an uplifting blend of souring vocals, summery pianos and sytnsh over a driving beat. With influences from ’80s electro soul, ’90s Chicago house and two-stepping Y2K chart toppers, this thoroughly modern production features instantly catchy melodies.

With a remix package featuring versions from an array of exciting upcoming producers, with rising vocal house star CID, Hardwell-backed duo Volt & State, and Soulection regular Jarreau Vandal each giving their own unique takes on the track, and further remixes to come, the crossover hit is sure to be a dancefloor staple.