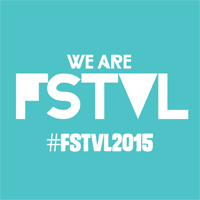 We Are FSTVL wins ‘Best Medium Sized Festival’ at the UK Festival Awards 2014. Having scooped ‘Best New Festival’ at last year’s ceremony, this impressive achievement in just two years places them firmly on the global festival map and paves the way for their biggest year yet.

On Sunday 31th May, We Are FSTVL’s Main Stage will be headlined by Nordic house heavy-weight Steve Angello. Following a sonic campaign for world domination as one third of dance phenomenon Swedish House Mafia, his Main Stage performance will bring an explosive close to the final day. Further dance music luminaries join the Main Stage billing with enigmatic duo Knife Party and the unstoppable Steve Aoki also announced.

French ‘G House’ pioneers Amine Edge & DANCE bring their bass-heavy style to the ‘Field of Dreams’ for the second year running, whilst hot new property Oliver Heldens will deliver his infectious brand of future house. Bronx-born tech house duo The Martinez Brothers will also feature, and indie-electronic pair Onebit will round off the main stage line-up.

Elsewhere at Sunday’s FSTVL, Jamie Jones’ welcomes two esteemed figures to complete the billing for Paradise; Music On’s Marco Carola, will bring a hefty dose of techno to We Are’s Very Big Top, while Dirtybird head honcho Claude VonStroke adds a ghetto-tinged house flavour to proceedings. Those treating themselves to some Area 10 VIP action will be rewarded with a rare back-to-back set from Dirtybird label-mate J.Phlip alongside Huxley, hot off the back of releasing debut album “Blurred”.

Joining Defected’s ‘Very Big Top’ on Saturday 30th May is Swiss upstart Andrea Oliva, whose Ibiza residency for ANTS at Ushuaia has made him a serious one to watch for 2015 – whilst underground mainstays Art Department are set to join Saturday’s Used + Abused Techno Warehouse. Representing Hannah Wants’ bass-tinged stage is Bristolian pioneer Redlight, with the hazy pop sounds of Cyril Hahn rounding off We Are FSTVL’s phase 3 announcement.

With the latest set of line-up additions concluding a spectacular 2014 for We Are FSTVL, festivalgoers can still expect another three announcement to come ahead of the festival’s third edition next May. Having already revealed an impeccable roster of artists that showcases the whole dance music spectrum, We Are FSTVL continues to raise the bar for 2015.

”PhaseOne & PhaseTwo of We Are FSTVL 2015 really amazed the whole team over at FSTVL HQ. The take up for tickets has far exceeded expectations, leaving us significantly ahead of our 2014 show and on course for a monumental sell out. PhaseThree adds another musical dimension of headline talent and we’re really excited about our biggest line-up ever…

I would like to thank every single FSTVL fan on behalf of our whole team here, for their amazing support over the last 2 years, propelling us to the UK’s Best Medium Sized Festival award, and beating off stiff competition from Lovebox, SW4, Secret Garden Party, Kendal Calling, Camp Bestival and the mighty Latitude!

We’re nothing without our fans buying the tickets, making the show what it is and serving us so well at the annual UK Festival Awards, THANK YOU!! X”