Courage and Carmody - We Had The Night 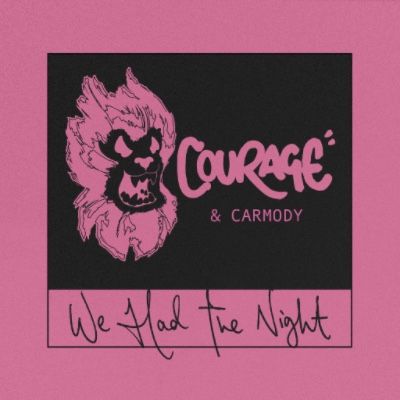 Courage and Carmody - We Had The Night

Fresh talent Courage aka Joe Carson, unveils a sun-drenched collaboration with rising star Carmody – the latest instalment from his hotly anticipated debut Get Some Courage Volume 1.

The perfect coupling of Courage’s innovative production and Carmody’s delicate vocals; We Had The Night transports the listener to warmer climes with its twinkling synths, sensual vocal lines and Latin American beats.

Speaking on how We Had The Night came to fruition, Courage explains;

“Carmody was a singer I'd wanted to work with for a long time, we wrote this after getting excited about all the upcoming summer festivals. We actually ended up bumping into each other in the early hours at Glastonbury, I guess it came full circle!”

Made up of 7 tracks, Get Some Courage Volume 1 is a standout, cohesive body of work, coupling his distinctive bass lines with characterful synth and vocal samples. It features recent singles, Looking For, New Year’s Eve In A Haunted House and RAY BLK collaboration, 2AM.

Whilst the EP marks the first release for Courage; the sonic creations of Joe Carson have already begun making waves. His remix of Ellie Goulding’s “On My Mind” unveiled in the latter part of 2015, has accumulated over 650K YouTube views. Courage was the beatmaker behind recent collaborator RAY BLK’s single “My Hood” featuring Stormzy. The striking ode to South-London showcased Courage's genre-spanning technical ability, garnering support from a wealth of tastemaker publications including FACT, Dazed and CRACK.