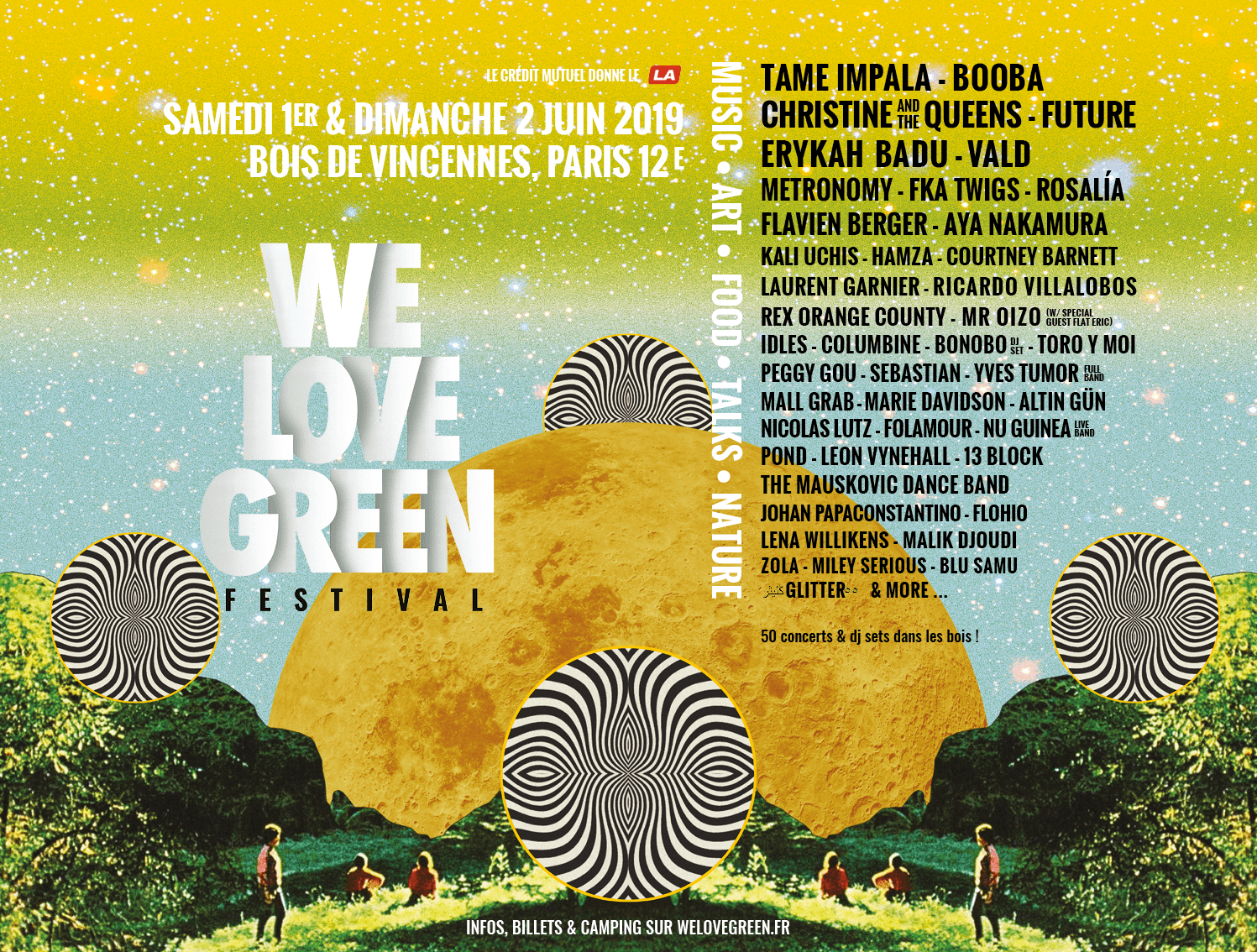 Joining the likes of previously announced headliners Tame Impala, Christine and the Queens and Future in June will be none other than the legendary neo-soul goddessErykah Badu. With a career spanning close to 30 years, the indomitable godmother of soulful R&B with a spiritual side is a perfect new addition to the We Love Green line up.

Also confirmed to play this year are some of Britain’s most innovative artists of the moment: off-kilter electronic pop four-piece Metronomy; Rex Orange County, who artfully blends words with elements of jazz, hip-hop, soul and bedroom electronica; fiery South London MC Flohio; and IDLES, the self-proclaimed ‘angry band’ from Bristol who wed the fury of punk rock to muscular, moody instrumentals.

Representing the French contingent are Mr Oizo, who will be accompanied by his alter-ego Flat Eric; Aya Nakamura, the French-Malian singer who is redefining R&B; the enfant terrible of French rap VALD, who was banned from YouTube aged 18; controversial rap collective Columbine and more.

We Love Green will once again take place in the Bois de Vincennes public park on the Eastern outskirts of Paris, the Plaine de la Belle Étoile, with a capacity of 80,000 attendees across two days. Within the beautiful leafy park, expect to stumble on new talent stages; hidden mini-dancefloors; art installations throughout the woodland paths which lead to the festival; new visual displays; and an optimised festival site which allows attendees to flow between stages at ease.

Everything at We Love Green is planned with a key question in mind: “What resources do we have to hand, and what can we make with them?” Having recently been awarded the‘Outstanding’ category by the A Greener Festival award, the festival aims to raise public awareness of environmental issues and hopes to inspire people to be able to make small changes which will have a huge impact. Music can be a tool to express solidarity and to provoke social change.

Tickets are €99.50 and are available at https://www.welovegreen.fr/tickets/?lang=en