Damian Lazarus and The Ancient Moons - We Will Return 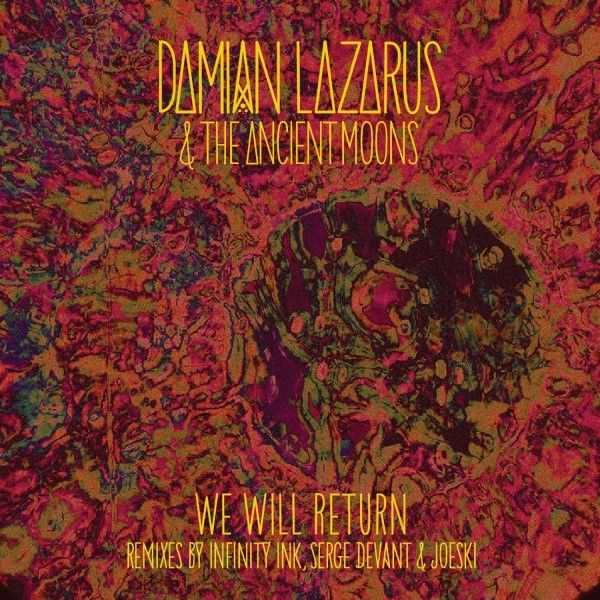 Damian Lazarus and The Ancient Moons - We Will Return

Back from a whirlwind tour this summer that included Glastonbury, Melt & Wilderness festivals plus a much-lauded residency at Heart in Ibiza, performing Damian Lazarus & The Ancient Moons’ eccentric and immersive debut album for the first time, the band unveil their third single, ‘We Will Return’.

Co-written by Ali Love, who also features on vocals, ‘We Will Return’ is remixed by Love’s own Infinity Ink project, Serge Devant and Joeski and veers the Moons back to the dancefloor.

Mixmag “Message From The Other Side represents a display of progressive mastery that brims with finesse and leftfield invention.” 8/10

Thump “Dim the lights and lock into one of the most immersive and mind-fucking albums of the year.”

XLR8R “a great piece of studio artistry, a rich and fulfilling work”

Damian Lazarus & The Ancient Moons brings together a wide assortment of vocalists, collaborators and players from around the world and was joined at the production controls by James Ford (Simian Mobile Disco, Arctic Monkeys, Florence). Taking inspiration from Lazarus’s Lazpod series, Get Lost events and Day Zero festival in Mexico, the resulting album, ‘Message From the Other Side’ is a rich and ambitious project featuring musicians from LA, Egypt, Pakistan, Mozambique and Mexico’s Yucatan Symphony Orchestra.

One of the UK’s finest electronic songwriters and vocalists, Ali Love rose to fame providing vocals for The Chemical Brothers hit, “Do It Again”, for their 2007 album ‘We Are the Night’. Appearing since on Columbia Records, Back Yard Recordings and co-penning the Justice single ‘Civilization’, used in the biggest Adidas commercial to date, Ali is now part of two of the biggest current dance acts; Infinity Ink and Hot Natured, the latter playing Coachella this year and scoring a place in the UK top 40 Charts.