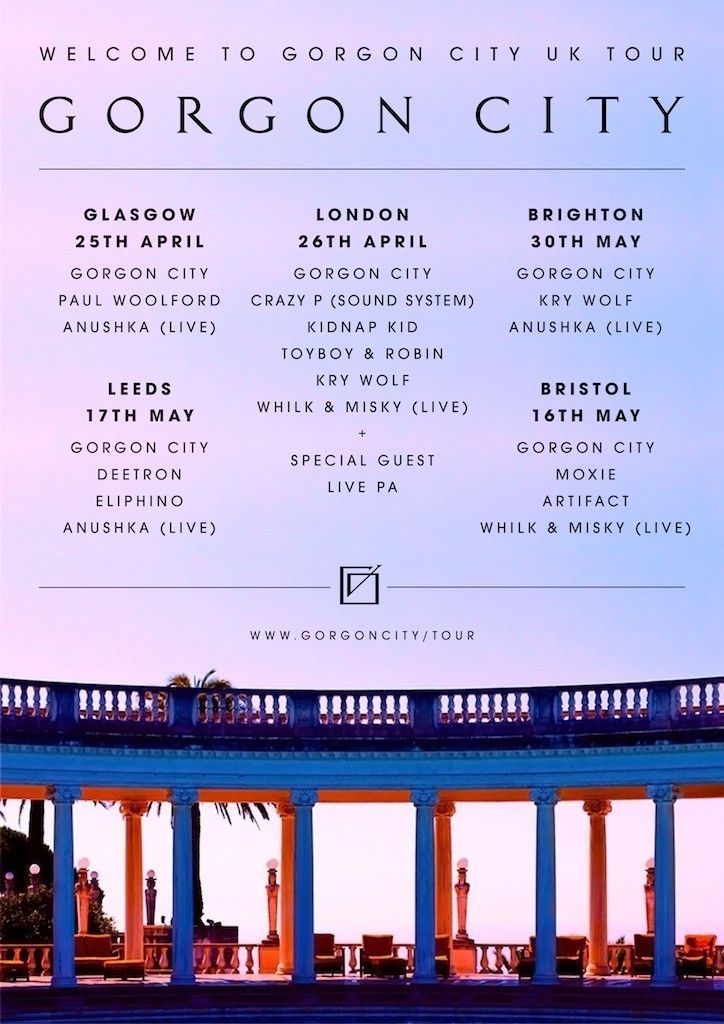 Gorgon City recently announced their first full headline tour of the UK to run across April and May. Curated by Matt & Kye, each night invites you to experience their world for a few fun filled hours. With the impressive line-ups now finalised, the two producers are pleased to announce details of the wide selection of acts & DJs that will be joining them in support.

The line-up, which varies across the 5 dates, is a really exciting mix of well known, established house acts and new blood from the forefront of the current UK house scene. In addition to these, Whilk & Misky and Anushka will be playing live on select dates.

Kicking off in Glasgow at the Arches on April 25, the tour heads south to their hometown London for a show at Brixton Electric on the 26th before taking in Bristol (The Thekla), Leeds (The Warehouse) and finishing up in Brighton’s Audio across May.

Gorgon City recently scored a #4 placing in the UK singles chart with their latest single ‘Ready for Your Love’. They are currently supporting Rudimental in Australia before taking their own show to SXSW, EDC Mexico City and Winter Music Conference in Miami as well as club shows in Chicago, Toronto and at New York’s Music Hall of Williamsburg before they head to San Francisco and Coachella

The boys also recently offered ‘No More’ as a free download ¬ a song taken from their forthcoming debut album due late summer on Black Butter / Virgin EMI.  Originally given to Radio 1Xtra exclusively for their Hot 10 for 2014 campaign, the radio rip of the track received huge blog and online pick up.