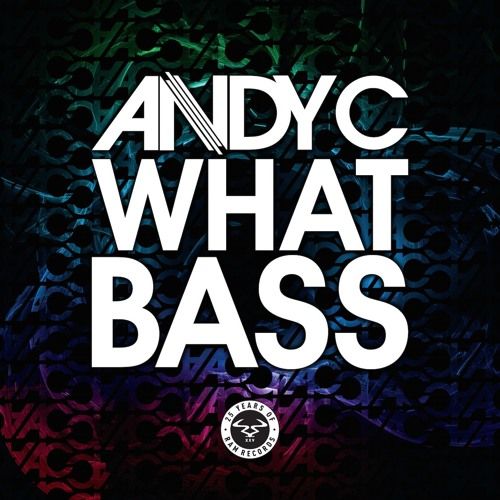 Built for the rave and forthcoming on Ram Records, Andy C’s ‘What Bass’ has been roadtested during his 13 week XOYO residency, and was given its first radio play on his Beats 1 show. This dancefloor-ready cut is the first new music from Andy C since 2016’s ‘New Era’, and will precede a new single for Atlantic Records later this year.

With over 40 awards to date, Andy C’s career has been nothing short of a phenomenon. He’s sold-out Alexandra Palace and Brixton Academy with his own solo shows, played headline slots at the world’s greatest festivals including Creamfields, Glastonbury, EDC, and SW4, and released a string of phenomenal crossover anthems like ‘Heartbeat Loud’ and club tracks like ‘New Era’. He’s also the go-to remixer for the likes of Major Lazer, Sigala, London Grammar and beyond, and the d&b figure recently chosen to host the first drum & bass radio show on Apple Music’s Beats 1, broadcast to over 100 countries.

As the owner and figurehead for Ram Records, which celebrates 25 years in 2017, Andy’s nurtured and developed huge headline artists such as Chase & Status, Wilkinson and Sub Focus, turning it into one of the world’s most respected independent operations across recordings and now festivals like EDC Las Vegas, Creamfields, and SW4 where Ram have hosted their own arenas and stages.

On 31 March, Andy completed his 13 week residency run at XOYO. The first d&b artist chosen by the renowned London club, tickets for his entire residency sold out far in advance. The Friday night run allowed Andy to nurture a weekly crowd on a par with his legendary sets at The End, bringing together older heads and d&b’s new converts together under one roof.