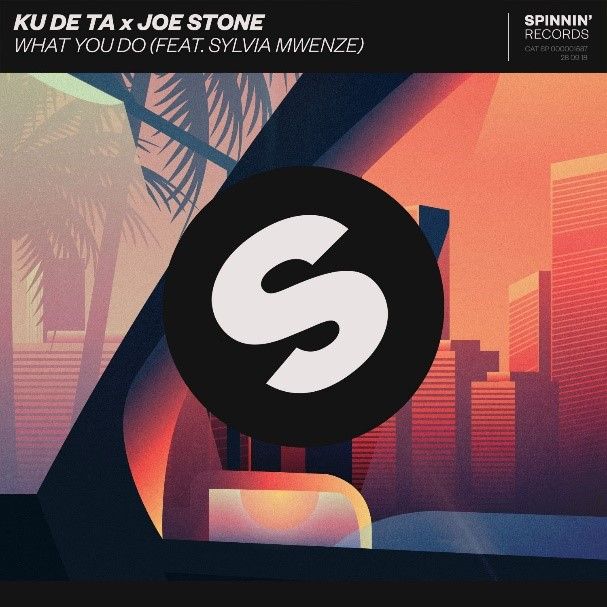 Ku De Ta, one of London’s most exciting house duos, team up with Dutch heavyweight Joe Stone for an anthemic new single on Spinnin’ Records. Featuring singer Sylvia Mwenze, What You Do is a fiery vocal house gem, sure to resonate around the globe.

What You Do is a versatile club anthem. Underpinned by a mammoth bouncing bass line while dressed in huge hooks and Mwenze’s instantly recognisable sultry vocals, What You Do is a rich tapestry of vocal-house poised to cause waves on the airwaves, in the clubs and beyond.

UK house duo Ku De Ta is a growing name on the international scene. Previous singles, Move Ya Body and Just Be Good to Me, picked up millions of streams on Spotify, won them a slot at Disclosure’s Wildlife festival, and saw the duo play to 17 000 people in Dubai. Add to this the pair’s busy upcoming release schedule and the future is big for Ku De Ta.

Dutch native Joe Stone has jumped from strength to strength with his 90s inspired classic house sound. His first single The Party (This Is How We Do It), stormed into the UK singles charts, the #1 spot on Beatport, and picked up over 25 million streams on Spotify. His more recent ventures include remixes for some of the world’s biggest artists – including David Guetta’s Dirty Sexy Money which scored 12 million streams – and new single Is It Really Love.