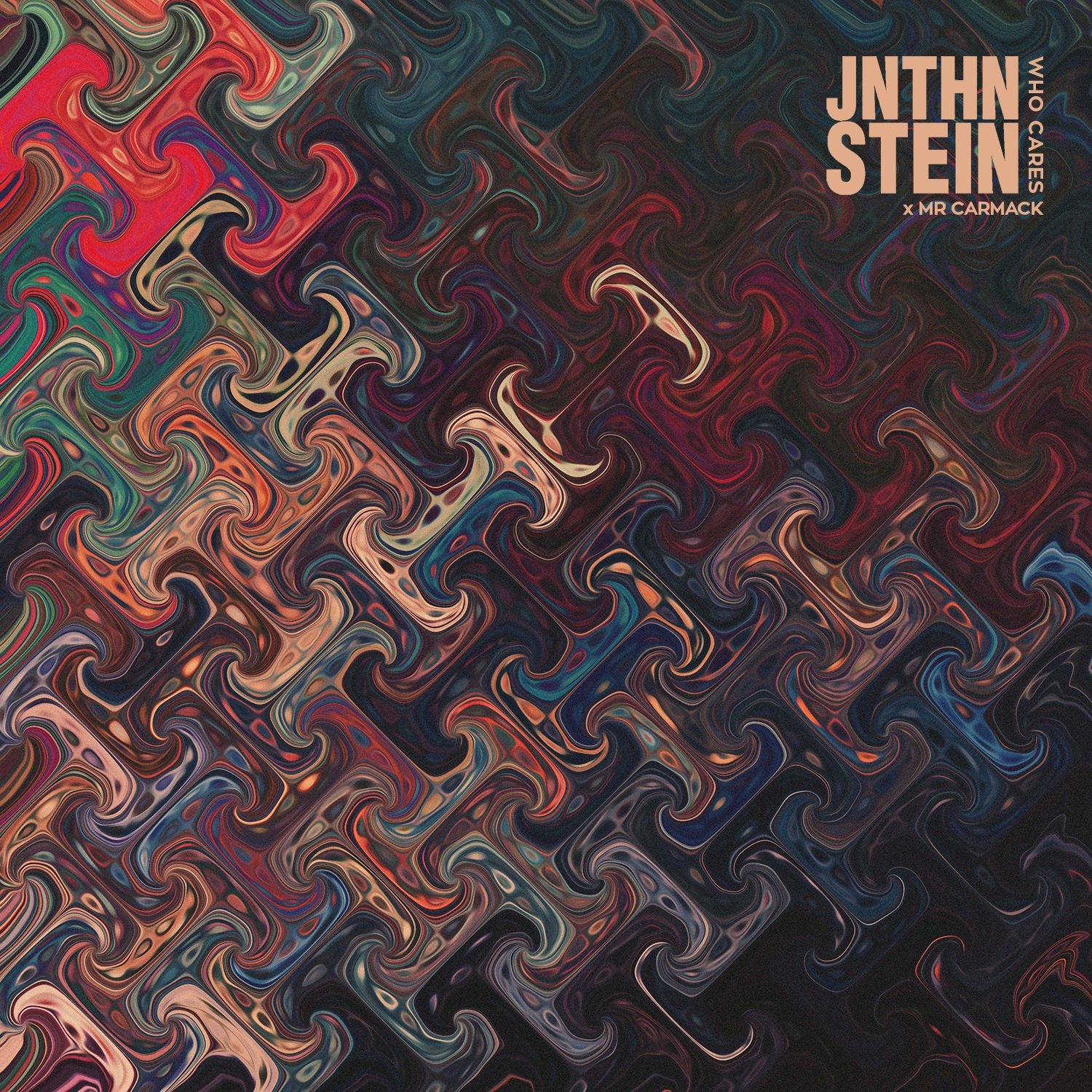 Multi-instrumentalist and producer JNTHN STEIN is back with a brand new track – ‘Who Cares,’ the second outing from his ‘Everything Is A Drug’ EP. ‘Who Cares’ is a boundary pushing collaboration with fellow Team Supreme founding member and experimental producer Mr. Carmack. The track is out now on etcetc Music.

From the outset ‘Who Cares’ immediately exhibits STEIN’s classical training with measured piano chords and lush, horn-like synths. A layering of militant snare drums and melodic atmospheres sweep the track into an overwhelming crescendo, before it takes a sudden, 180-degree turn.  An array of trap-infused kick drums swiftly enter the soundscape, with piercing bass synths, wobbling low end and scraping, distorted guitars, warping the textures of the song by each bar and emitting a sonic wall of sound. The breakdown takes us back to the familiar melodic piano lines and uplifting synths of the introduction, building up to a drop that merges the singing melodies and trap rhythms into an explosion of bright colours and euphoria, perfectly blending the two artists' styles and accomplishing a thrilling mixture of genre and character.

JNTHN STEIN's wide musical influence and background reflects in his unique and intriguing production style that has brought him wide acclaim from the likes of BBC Radio 1, KCRW and Beats 1 Radio. With over half a million streams on his debut EP ‘Changes’ and a successful tour of the UK and US under his belt, JNTHN has his foot firmly on the gas. A slot at The Great Escape festival in Brighton, which exhibits the hottest and most promising future superstars, brought him further international attention, which he looks to capitalise on with a steady stream of releases and tour dates in 2017. Being an ambassador for Ableton and their Push 2 controller is just another feather in the hat for this dynamic musician.

Mr. Carmack is one of the most productive souls in music right now, displayed perfectly by his 54-track ‘Yellow’ EP last year, which he gave to his fans for free. Another founding member of the production group Team Supreme, Carmack is no stranger to collaborating with impressive producers.

etcetc Music is a Sydney based label that prides themselves on releasing internationally significant releases, while also breaking local artists. With acclaimed artist such as PNAU, Kilter, Paces and Luke Million on the label, they have exhibited premier Australian talent, while also releasing material by internationally renowned artists such as The Knife and Mylo.