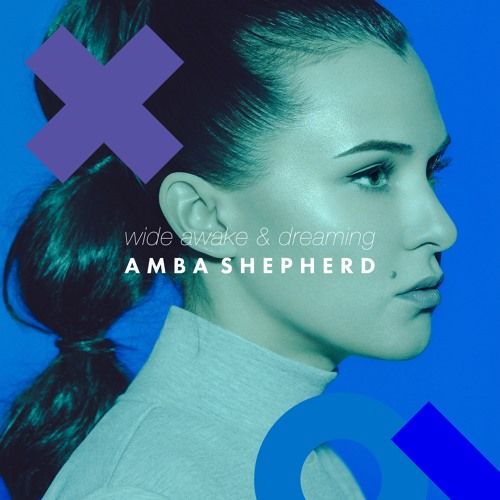 Her stellar voice has made Amba Shepherd into a darling of the electronic music scene through high profile features in tracks like Hardwell's "Apollo" and more recently "U Are" with Paul Oakenfold. The Australian singer-songwriter showed the world her superstar potential with her first original track, "Prelude," and now her new release "Wide Awake & Dreaming." The newest addition to Amba's arsenal flawlessly fuses her gorgeous vocals with deep, hypnotic melodies for the perfect combination of sugar and spice. Amba teamed up with Dutch producer Tommy Rocks to co-write "Wide Awake & Dreaming" after the two met during a songwriting camp for Spinnin' Records last year. "It's a song about that moment when you realize that something you have been dreaming about for a really long time is coming true right in front of your eyes," says Shepherd about her inspiration for the track.

Amba's own dreams must be unfurling before her very eyes these days. She has collaborated with some of the industry's most legendary names, such as Tiesto, Porter Robinson, Hardwell, and Afrojack (to name a few), and graced the stage of the largest festivals around the globe, from EDC to Tomorrowland. As Amba continues to showcase her incredible talent independently, it seems as though nothing can hold her back. Her breathless, velvety voice shines when paired with both uptempo beats and melodic harmonies, making the possibilies for developing her own sound nearly endless. Amba has made strides in business lately as well; last year marked her appointment as an APRA Ambassador for Australia's music industry and the formation of her very own imprint, Superrlativ, on which she has released both "Prelude" and "Wide Awake & Dreaming." Amba Shepherd is truly a force to be reckoned with in the modern electronic music industry, and we have no doubt that "Wide Awake & Dreaming" will propel her even further forward.