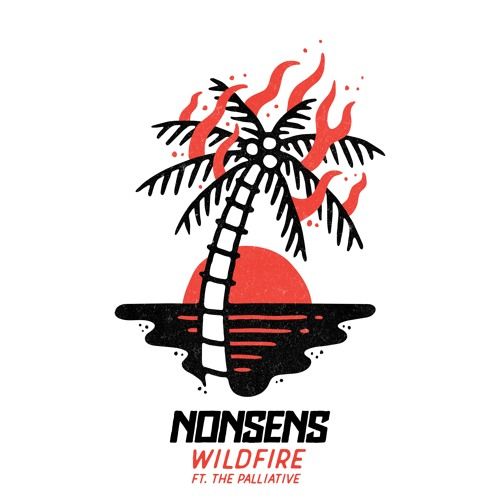 Nonsens makes a massive return to the scene with their new release "Wildfire," which debuts a new sonic direction for the Danish producers on :labelmade: records and disco:wax. "Wildfire" opens with muted, silky basslines that hang subtly behind vocals from The Palliative; the track slowly builds heat up until the drop, when effervescent melodies and futuresque synths take the spotlight, complemented by the singer's emotive high notes. Nonsens breaks new ground with this type of vocal bass-electronica, drawing upon their strengths as veritable producers of heavier music and creating a sound that is subtler and yet more sophisticated and poignant than anything they've ever done before. "Wildfire" has been a long time coming – Nonsens started the track as a demo nearly two years ago, but it took many revisits to perfect the sound. "The release of 'Wildfire' marks a new era for us, where our music embraces a larger audience with the vocals and our signature sounds," said Nonsens. "The mix of our underground background and our work with many different artists in different genres has played an important role in creating 'Wildfire'." Press play and tune into this track's blissful, chilled out bass and uplifting lyrics.

Anton, Jens and Rasmus have come a long way since they were childhood friends growing up on the island of Bornholm. The three were each influenced by their love of all types of house music – from tech house to electro house to progressive house – and thus, Nonsens was born. The trio saw their first remix of M.I.A.'s "Bad Girls" was debuted by the legendary Jay-Z and his Roc Nation label, instantly accumulating over 1 million plays. After that, the guys knew they were creating something much bigger than any of them had imagined. In 2014 they released their debut album "Apollo," featuring Diplo, and received worldwide support from both industry tastemakers and fans. Through 2016 and 2017, Nonsens has been crafting their signature sound, landing releases on Mad Decent – where their track "Gungla" rose to Number Thirteen on the Billboard Dance Charts – Barong Family and TWONK. They've also hit the studio and co-produced with Major Lazer on "Jump" and RL Grime on "ERA." With the release of "Wildfire" and a new direction for their music, there’s no doubt that the future holds big things for Nonsens.