Wilkinson – ‘All For You’ ft Karen Harding 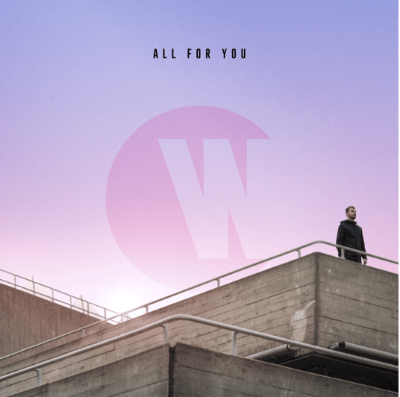 Wilkinson – ‘All For You’ ft Karen Harding

After two exceptional albums, a recent sold out UK tour, multiple Top 10 records and the success of his recent Radio 1 playlisted single ‘I Need’, Wilkinson returns with the release of his brand new single ‘All For You’ ft Karen Harding.

The production is a vibrant display of Wilkinson’s signature style and is laced with the soaring vocals of Karen Harding who has previously collaborated with Paul Woolford, Purple Disco Machine and of course previously on Wilkinson’s hit single ‘Sweet Lies’.

Having sold over 1.3 million records worldwide including the platinum-selling hit ‘Afterglow’, ‘Sweet Lies’, and top 10 hit ‘Dirty Love’, Wilkinson has built a collection of supporters including Zane Lowe, Skrillex and even Elton John. His hit albums ‘Hypnotic’ and ‘Lazers Not Included’ also helped catapult the d&b genre back into primetime consciousness and cement Wilkinson’s place as one of the biggest electronic talents of the past 5 years. Proving his quality across remixes as well as original productions, Wilkinson has also reworked tracks for the likes of Ed Sheeran, The Prodigy, Wretch 32 and Rag N Bone Man.

The British producer has also built a stellar reputation for his live performances and is quickly becoming the go-to festival headliner. This summer will see him play 35 festivals including Glastonbury, EDC Vegas, Boardmasters, BBC Radio 1 Weekendand headline performances at SW4 and Creamfields. The hitmaker will also be returning to the White Isle this summer for his sixth consecutive residency at Amnesia Ibiza’s ‘Together’ event series.

‘All For You’ is set for release on 26th April and will be followed by remixes from the likes of Todd Edwards and Mackey Gee.