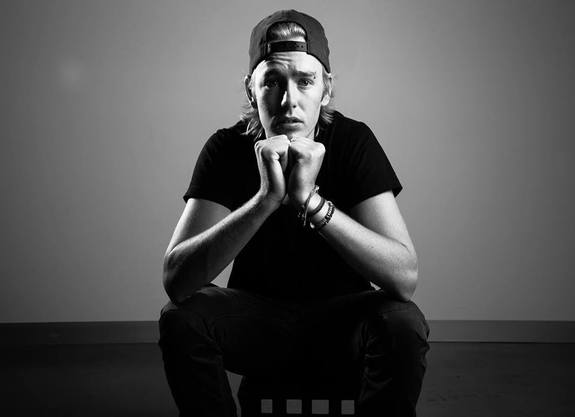 On the back of a phenomenal year in his homeland, in which he released hits such as ‘Ah Yeah’ and ‘The Viking’ and also took home the ‘inthemix’ gong for Breakthrough Artist of 2013, people have started to take note of the 20-year-old Melbourne native’s entirely unique, ahead of the curve and bouncy productions. With calls coming in from all corners of the US and Canada, the time is ripe for Will Sparks to showcase first hand what the fuss is all about.

The budding producer is set to play a monster 24 dates in just over a month; his very first experience playing to his fans on North American soil. The tour kicks off in the “City of Brotherly Love”, Philadelphia, at Whisper Nightclub, before touching down at sacred places such as XS in Las Vegas, Pacha in New York City and Kaleidoscope Festival in Oregon.

Will Sparks recently took the biggest step in his career, when his official remix of Robin Thicke’s summer smash, ‘Blurred Lines’ dropped to great fanfare on Beatport. Having racked up over 250,000 SoundCloud hits with his tantalizing 75-second preview in the week leading up to release, the full version, OUT NOW on Pharell Williams’ very own imprint, Star Trak Entertainment, has already reached the top 5 on Beatport with its eyes firmly locked in on that number one spot.

Will’s live-blogs of his pending trip across the continent combined with his regular social media updates will provide fans with an exclusive inside look into the Will Sparks lifestyle; what he’s eating, where he’s partying and who he’s hanging out with. Check out his Facebook, Twitter and Instagram to stay up to date on the tour.

Before the age of 21, not only is he co-signed to a joint venture with Lucky Ent and Interscope Management, but Will Sparks has been tasked with the sole responsibility for leading the underground Melbourne sound to the global stage. Combined with his jam-packed 24-date schedule in little over a month, we are bound to see even more groundbreaking things in the near future from the whiz-kid out of Melbourne. See for yourself, starting August 1st.

See below for a full list of Will Sparks tour dates: