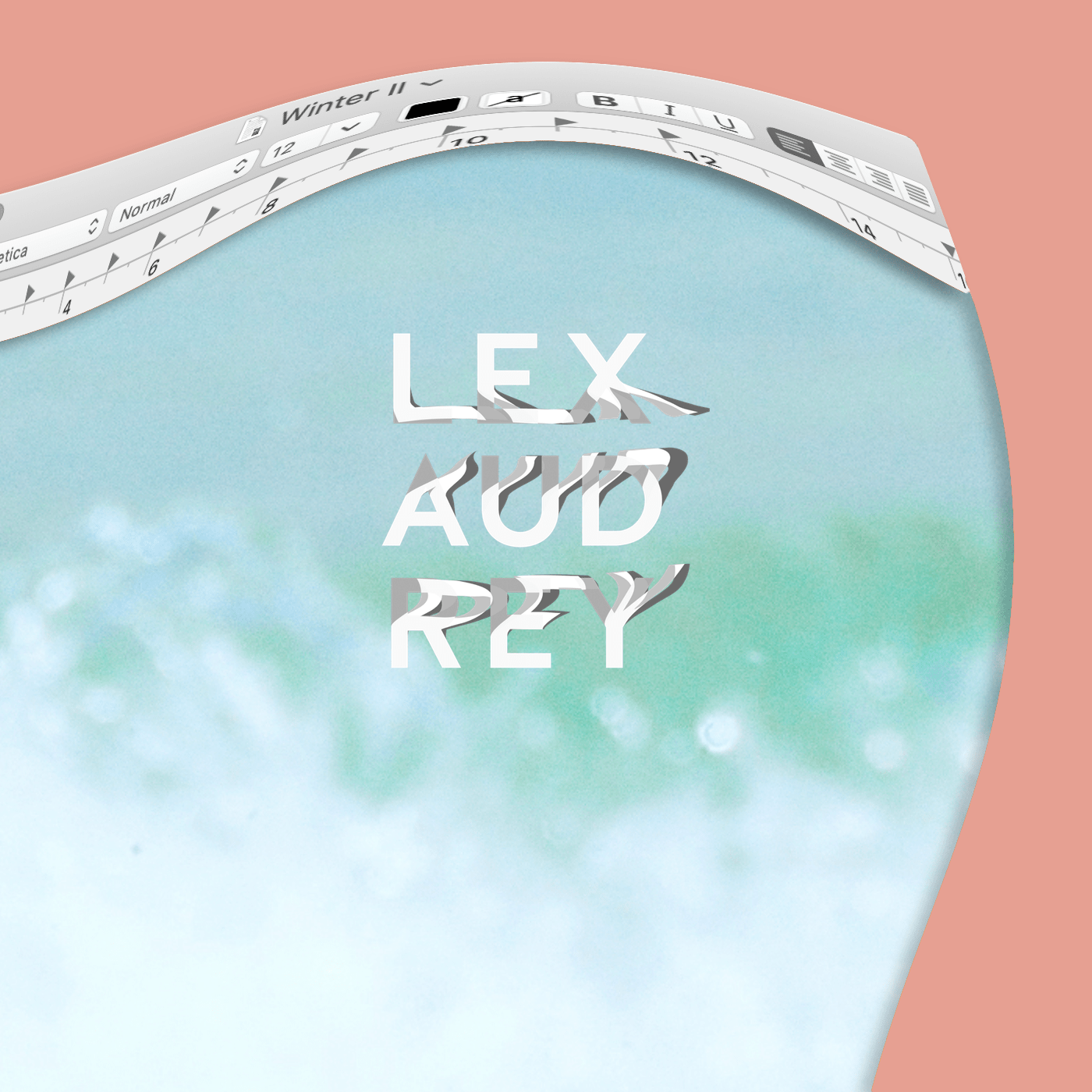 Austrian electronica trio, Lex Audrey will be sharing the first single, “Winter II” on the 1st of February 2019, taken from their upcoming debut album, “No Intention Of Changing The World” which will be released on the 8th of February via LasVegas Records. ‘Winter II’ was co-written by Julian Simmons who has worked with the likes of Ed Sheeran, Clara Luzia, and Paenda just to name a few. The self-produced, composed and mixed “No Intention Of Changing The World”, comes after their acclaimed 2017 debut EP, ‘Godgiven’ and their August 2018 single release ‘NSFL’ which has seen support on publications like XS Noise, SubText, Tips, Jammer Direct, Higher Plains Music, Soundkartell and many more. This dynamic trio has seen radio support on a global scale with their music receiving spins on stations in Austria, Germany, France, Poland, Japan and USA including Billboard Radio China, iHeart Radio and FM4. Their widespread radio support has given them the opportunity to share stages with the likes of Bon Iver, Portugal. The Man, 5K HD, Son Lux, and Shout Out Louds at esteemed festivals like Poolbar Festival Dornbird, Acoustic Lakeside Festival, and Donauinselfest Vienna just to name a few.

The Vienna-based trio consists of Niklas Pichler (vocals), Patrick Pillichshammer (drums and samples), and Lukas Staudinger (synth and bass). Each of them started playing instruments from a very young age as it allowed them to express themselves freely through the use of music. With Niklas on main songwriting duty, the group comes together to create a track around his creations as each idea comes to fruition. Having been part of the Austrian music scene for almost two years now, their debut album sees Lex Audrey ready to take on the global market as they rely more on electronic soundscapes instead of traditional instrumentation.

Inspired by a wide array of acts, Lex Audrey channels the vocal harmonies of Bon Iver, the genre-defying attitude of Radiohead and the electronic production elements from James Blake. Comparable to acts like Bastille, Bob Moses, Foster The People, and Son Lux, Lex Audrey manages to tiptoe on the thin line that blends all the best elements from rock, indie and electronica. They ooze rock ‘n roll grit, exude the carefree persona from indie and manage to combine it all together with the best aspects of electronica as each listener will be drawn towards a dancefloor. Using all of the above-mentioned ingredients, Lex Audrey is able to experiment with their playful pop sound as they create tracks that will make you question the world around you, while still being able to leave each track on a positive note.

“No Intention Of Changing The World”’s lead single, “Winter II” is a pulsating synth-heavy track showcasing Lex Audrey’s production and vocal chops. As the track kicks off, the listener is greeted with muffled atmospheric sounds, but quickly after hypnotic synth kicks in that is set to drive the song forward. As each subtle production element comes together after each bar, Niklas Pichler angelic vocal work are perfectly complemented by a female vocal during the chorus. A strong first single from their debut album, ‘Winter II’ manages to have heartfelt lyrics while providing an undeniable groove that is set to be a crowd pleaser as each member is allowed to shine.

Lex Audrey explains the theme of anti-superficiality in “Winter II”; “All they do is yell, and they‘re searching for attention without words, attention for hollow minds”.