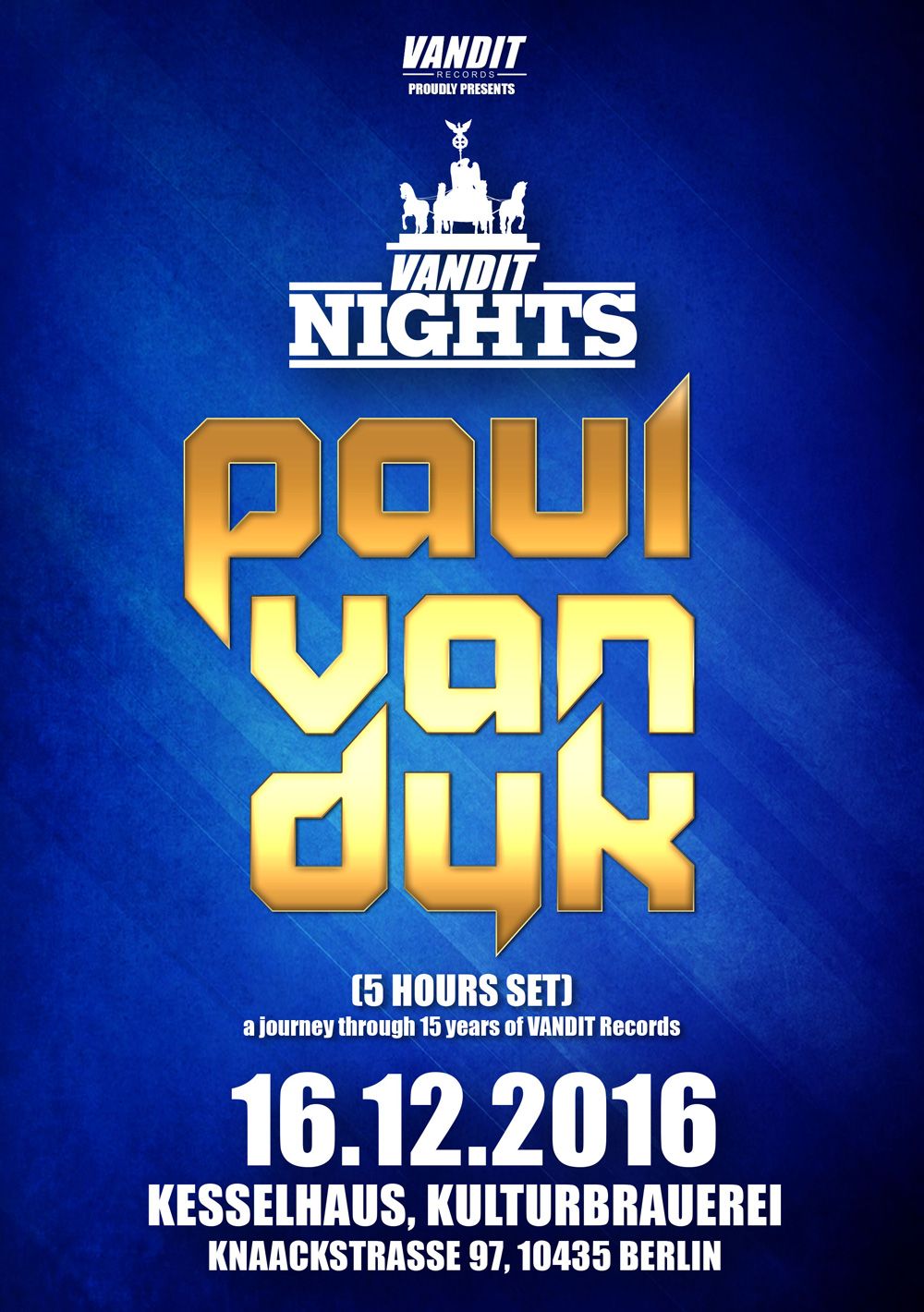 Taking place for the first time on back-to-back nights over the pre-Christmas weekend, December 16th will see Paul deliver a tour de force 5-hour performance. With Chris Bekker in support, he’ll be tying off 2016’s 15 years of VANDIT celebrations with a tailored-for-the-night set, recalling the label’s highest highs.

So if you didn’t manage to secure tickets for the 17.12 show, Paul’s not leaving you out in the cold! Tickets for the 16.12 show go on sale today and are available via Hekticket: http://bit.ly/2dYho8k

For those that bagged a 17.12 ticket though, a quick refresh of what you already have in store next month!

From the clubbing & electronic music lands, three very wise DJs will be journeying to the Kesselhaus to gather for night 2 of the 2016 edition. Following another triumphant year, Jordan Suckley will be flying over from the UK to spread his own unique brand of festive cheer. Come the 17th, the Goodgreef Res will be unwrapping much newness from his own Damaged Recordings label and plenty more sonic surprises besides!

The holidays are all about family of course, and for this particular Winter Night, that means The VANDIT Family.

One of the newest members of the VAN clan will be making his debut on the Knaackstrasse this year. Through his ‘Opener’ and ‘Rudimental’ releases, James Cottle’s parked a couple of sizeable club hits on dancefloors in 2016. He’s got masses more in the pipeline too, so keep a close ear out next month and likely you’ll hear some of ‘em!

On the night, Berlin’s own Chris Bekker will be rocking down the Haus too. Chris’ star’s been in full ascension this year, having sleighed (see what we did there!) one-and-all with his extraordinary ‘Berlinition’ project. The Kulturbrauerei assembled can look forward another of his matchless, genre-bucking sets on the 17th.

And you’re likely in Berlin anyway, why not XL your PvD experience and take the 15 Years of VANDIT ride on the 16th too?! Tickets available hereabouts: http://bit.ly/2dYho8k