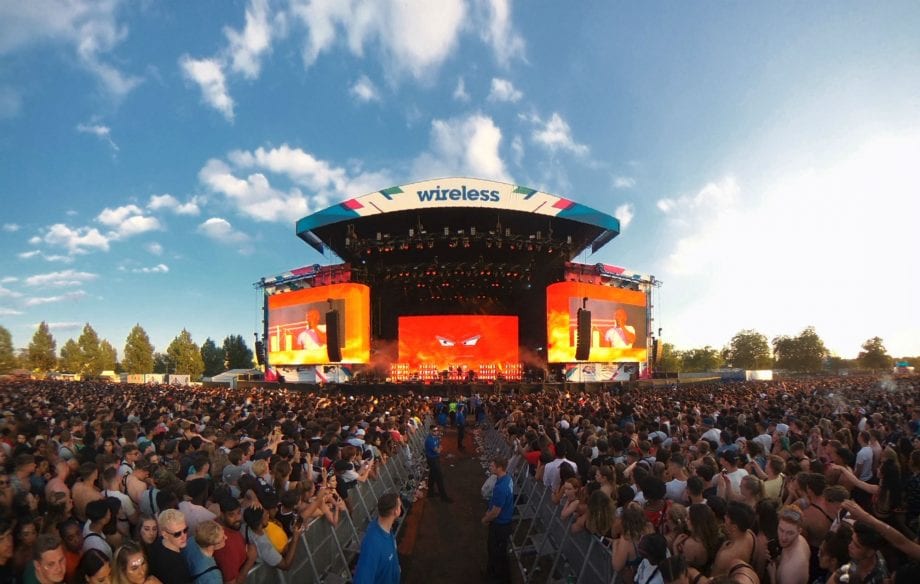 Wireless Festival, the leading event for urban music and hip hop is set to go global as music fans all over the planet get the chance to watch the performances live in state-of-the-art virtual reality. For the very first time, via the new MelodyVR mobile app, users will be able to instantly join the Wireless Festival live in VR on their smartphones.

This brand-new development will make MelodyVR’s existing catalogue of shows including the live Wireless broadcast more accessible and available than ever before, dramatically increasing the potential audience for this ground-breaking viewing experience.

MelodyVR has built the world’s largest library of immersive, interactive virtual reality music experiences and will live stream from the festival across the globe, when the festival takes place July 5th to 7th. The pioneering partnership follows the Liam Payne live-streamed show that MelodyVR staged and broadcast in December 2018.

By coming together with Wireless – which this year features some of the biggest and most exciting artists around including Cardi B, Travis Scott, A$AP Rocky, Stefflon Don and Migos – MelodyVR will give an infinite number of fans the best view in the house.

Having sold out in record time, Wireless can now offer music lovers an alternative way to experience the incredible live performances at the same time as the audience in London’s Finsbury Park itself. With MelodyVR’s unique ‘Jump Spot’ technology the audience are fully in control, able to move themselves from the photo pit, to the side of stage, to the crowd, at the touch of a button.

Around the festival, the coverage continues in full 360°; capturing the vibes and atmosphere that make Wireless the most contemporary music festival in the UK. In a world first, the backstage area will allow fans to virtually step into a specially created VR space, where they can ‘hang out’ with some of the biggest names at the festival, in VR.

Anthony Matchett, CEO and Founder MelodyVR said “Imagine a situation where even if you didn’t get a ticket for the show itself there was another way in? That’s what this partnership means and it’s transformative. It is not about replacing the magic of experiencing live music or the festival vibe in person, but to offer an exciting alternative – and the team at Wireless and Festival Republic have the vision to work with us to deliver just that. Wireless has always been forward thinking and for their audience the connection between technology and music is a perfectly natural one. It’s a pleasure to be working together and using this sold-out event as a launch platform for our new mobile app experience, opening up the exciting potential of VR to a bigger audience than ever before.

Melvin Benn, MD of Festival Republic said “Wireless Festival has cemented itself as the leader in the festival market, selling out in less than 24 hours the past two years. This festival first collaboration with MelodyVR is taking Wireless to a global audience, giving all fans the chance to be there whilst bringing together ground-breaking technology with a tech savvy music loving audience”

The MelodyVR App is available on Oculus Go, Samsung Gear and coming soon to Android & iOs, transporting music fans all over the world to sold-out shows, far-flung festivals and exclusive VIP sessions to experience the music they love in new ways. The existing catalogue of exclusive VR experiences includes artists such as Post Malone, Wiz Kahlifa, Sigrid, The Chainsmokers, Kiss and Bebe Rexha. In addition to a selection of free and promotional content, customers are then able to purchase the shows or tracks they wish to own in VR.

The highlight of the summer calendar, Wireless Festival, is returning to London’s Finsbury Park from the 5th – 7th July 2019. Now in its fourteenth year, the three-day urban music event has cemented itself as the home of urban music and London sound – the go-to event for fans of the world’s most talked about rappers and DJs. This year will see headline performances from global superstars CARDI B, MIGOS (Friday co-headliners), TRAVIS SCOTT (Saturday headliner) and ASAP ROCKY (Sunday headliner), plus Future, Torey Lanez, Lil Uzi Vert, Young Thug, Rae Sremmurd, Ella Mai, Juice WRLD, Stefflon Don, Tyga, AJ Tracey and many more.

The only licensed VR music platform, MelodyVR has partnerships across the industry, and has teamed up with a huge array of international artists to build the world’s largest library of immersive and interactive virtual reality music experiences. The existing catalogue includes artists such as Post Malone, Wiz Kahlifa, Sigrid, The Chainsmokers, Kiss and Bebe Rexha The MelodyVR App is available on Oculus Go, Samsung Gear and now via mobile, transporting music fans all over the world to sold-out shows, far-flung festivals and exclusive VIP sessions to experience the music they love in new ways. In addition to a selection of free and promotional content, customer are then able to purchase the shows or tracks they wish to own in VR.